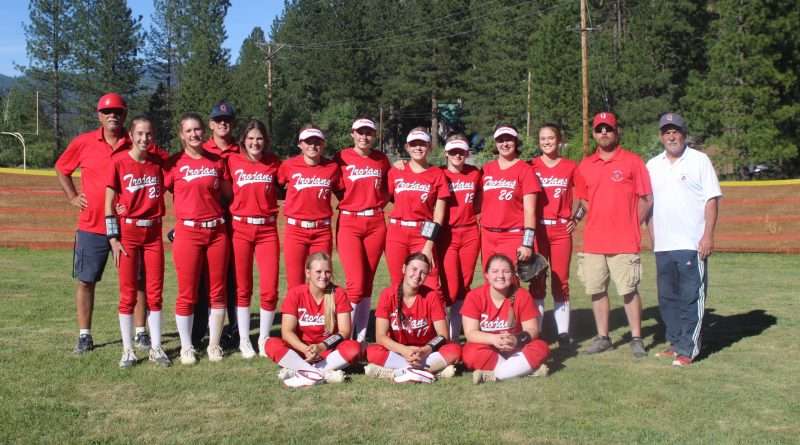 “I can’t say enough about this year’s team,” said head Quincy High School softball coach Mike Yalung. “From the graduating seniors to our 10 other student athletes; their hard work on the field and in class have contributed to a successful season. Special thanks to the coaching staff who have worked tirelessly for this team.” Yalung has been coaching the Trojan softball team for over a decade.

Senior captain Haley Stewart is also 4-year starter who moved from the outfield her freshman year and has been solid at third base ever since. “Senior Elliott Clark has been our primary catcher this season and has done well behind the plate with all four pitchers,” said Yalung. “Emma Beatley is working to fill the spot next year.”

Junior Lexi Baumgartner has been an offensive powerhouse for the team with 5 home runs and a .628 batting average and 30 RBI’s while holding down the shortstop position.

“Juniors Vivian Thielman-Gifford and Kayla Thackeray have donegreat job at 1st base with Chloe Newton holding down second,” said Yalung. “We have had some fantastic outfield play by Kristin Murphy, Macy Peay, McKynlee Gay, Gaia Nelson all lead by center fielder Brystol Beatley.”

The final games for the Quincy Trojans are Thursday, May 20, hosting the Lassen Cougars, and a doubleheader in Los Molinos with the Bulldogs Saturday, May 22, at noon and 2 p.m.