Thank you all for your support and efforts in making Plumas County a safe and just place to live, work and play. I am especially grateful for the tremendous efforts of those throughout our community who continue to work so hard and made so many sacrifices to keep Plumas County safe during the pandemic.

Our Superior Court hearing the criminal calendar has worked consistently throughout this pandemic without interruption. Though adjustments have been required, we continue to operate in a just and efficient manner. Though we do have a fair amount of misdemeanor jury trials lined up for the summer, we are not seeing any type of significant increase to our weekly felony or misdemeanor calendars. This is a tremendous accomplishment relative to other counties throughout our state and nation who are now experiencing Covid-based backlogs causing their criminal justice systems to grind to a halt and require emergency funding. Again, Plumas County is not facing this type of costly crisis. 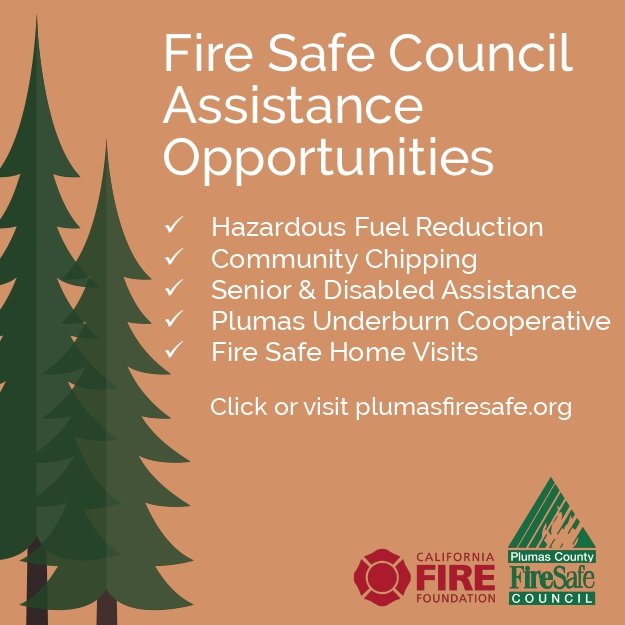 Very early in this pandemic the DA’s office recognized the importance of making every effort to avoid a situation where a cluster of Covid cases could shut our office down. Simply put, if the DA’s office is unable to function, cases will not be charged, inmates will be released and justice will not be served. To meet this growing and changing challenge, I have asked each member of the DA’s office to take on greater actions and make more sacrifices – both during work and personal hours – to keep the DA’s office safe and functioning. I remain eternally grateful for the dedication of the workers in the DA’s office who have accepted these changes with fidelity and without complaint in order to meet their responsibilities in the name of Plumas County. I know you would be exceptionally proud of these efforts.

One unfortunate impact of the pandemic has been the increase in substance abuse cases as well as defendants suffering from significant mental illness. Our Community Justice Court, Prop 47 Diversion program and AB 1810 Mental Health court continue to successfully operate in these most trying of times. Stephanie Tanaka’s Alternative Sentencing Program and its many partners have done a tremendous job adapting to meet this changing demand. Along this same line, the DA’s Investigations division, particularly Shawn Adams, has done an excellent job pivoting its truancy prevention team to assist our local schools in making welfare checks on at-risk students and families.

Below is a sampling of some of the criminal cases prosecuted during the last month. Other felony convictions have included cases involving possession of child pornography, unlawful sex with a minor, drugs, family violence and vehicular manslaughter.

People v. Lance Eardley (F20-00005) On February 5, 2021, Lance Michael Eardley (age 44 of Portola) was convicted of a felony violation of possessing methamphetamine while armed. On March 19, 2021, Eardley was sentenced to two years in state prison. Eardley was arrested on January 1, 2020 when deputies located approximately 100 grams of methamphetamine, sales materials and a loaded semi-automatic pistol while conducting a search at Eardley’s residence. I want to thank Deputies Klundby, Vickrey, Berg, Tannah Peay, Mathews and Hermann for their work during the initial search and the Detectives unit for their follow-up investigation.

People v. Joseph Hernandez (F20-00850) On March 5, 2021, Joseph Grant Hernandez (age 25 of Quincy) was convicted of a felony violation of Second Degree Burglary and was found to have suffered a prior “strike” conviction. Hernandez returns to court on April 23, 2021 when it is expected he will be sentenced to four years in state prison. Hernandez was arrested on December 28, 2020 after breaking into several buildings at the Plumas County Fairgrounds and stealing a number of items. I want to thank Deputy Christina Ross for her quick and thorough investigation.

People v. Daryl Tymon (F21-00018) On March 5, 2021, Daryl Thomas Tymon (age 35 of Portola) was convicted of a felony count of possessing a concealed, loaded and unregistered firearm. Tymon is scheduled to be sentenced on April 9, 2021. Tymon was arrested on January 11, 2021 when a concerned citizen contacted Sheriff’s deputies about Tymon having mental health and substance abuse issues. Tymon was subsequently located and found to be in possession of a methamphetamine pipe and a loaded, unregistered revolver in his pocket. I want to thank Deputy Tyler Hermann for his efforts in quickly locating the defendant and diffusing a potentially dangerous situation.

People v. Anthony Venuti (F21-00026) On March 5, 2021, Anthony Alexander Venuti (age 38 of Greenville) was convicted of felony domestic violence. Venuti is scheduled to be sentenced on April 23, 2021. Venuti was arrested on January 18, 2021 after assaulting his girlfriend while they were stopped in the area of the “Greenville Wye.” The assault was interrupted by some good Samaritans who observed the incident and intervened. I wish to share my appreciation for those citizens who stepped forward when needed as well as Deputies Jacob Vickrey and John Fraga for their work during the investigation.

People v. Ryan Geary (F20-00816) On January 22, 2021, Ryan Eugene Geary (age 24 of Delleker) was convicted of a felony violation of being a prohibited person (based on a prior domestic violence conviction) possessing a firearm. Geary was sentenced on March 5, 2021 to two years of formal probation, terms of which included serving 210 days in jail and being subject to a search and testing condition to make sure he did not consume alcohol. Geary was arrested on December 13, 2020 when he fired numerous shots from his handgun after he had been drinking and while standing in front of his trailer. I want to thank both Deputy John Fraga and CHP Officer Dan Tanguay for their quick response and thorough investigation.

There are a number of upcoming cases of interest. Some include:

Sheriff’s Blotter Sept. 15-19 – a little bit of everything

The California Highway Patrol reports that a Chester man died from injuries suffered in a single-vehicle accident today Matthew Wing,…