Residents serviced by the Hamilton Branch Fire Protection District will be voting on whether to approve an increase of $175 annually on their property tax bill to increase public safety.

Ballots were mailed out April 5 and must be returned by May 4.

Property owners currently pay $108 annually per parcel, which was approved by voters in 2007. The new tax would be $283 annually and would begin with the December 2021 tax statement.

The money will be used to increase the number of on-duty, full-time firefighter/EMTs to two, providing 24/7 coverage. According to Fire Chief Andrew Courtright, the move will provide increased safety to staff and the public as volunteerism has decreased, while incidents have increased by 50 percent between 2018 and 2020.

The fire district released some frequently asked questions in the flier below: 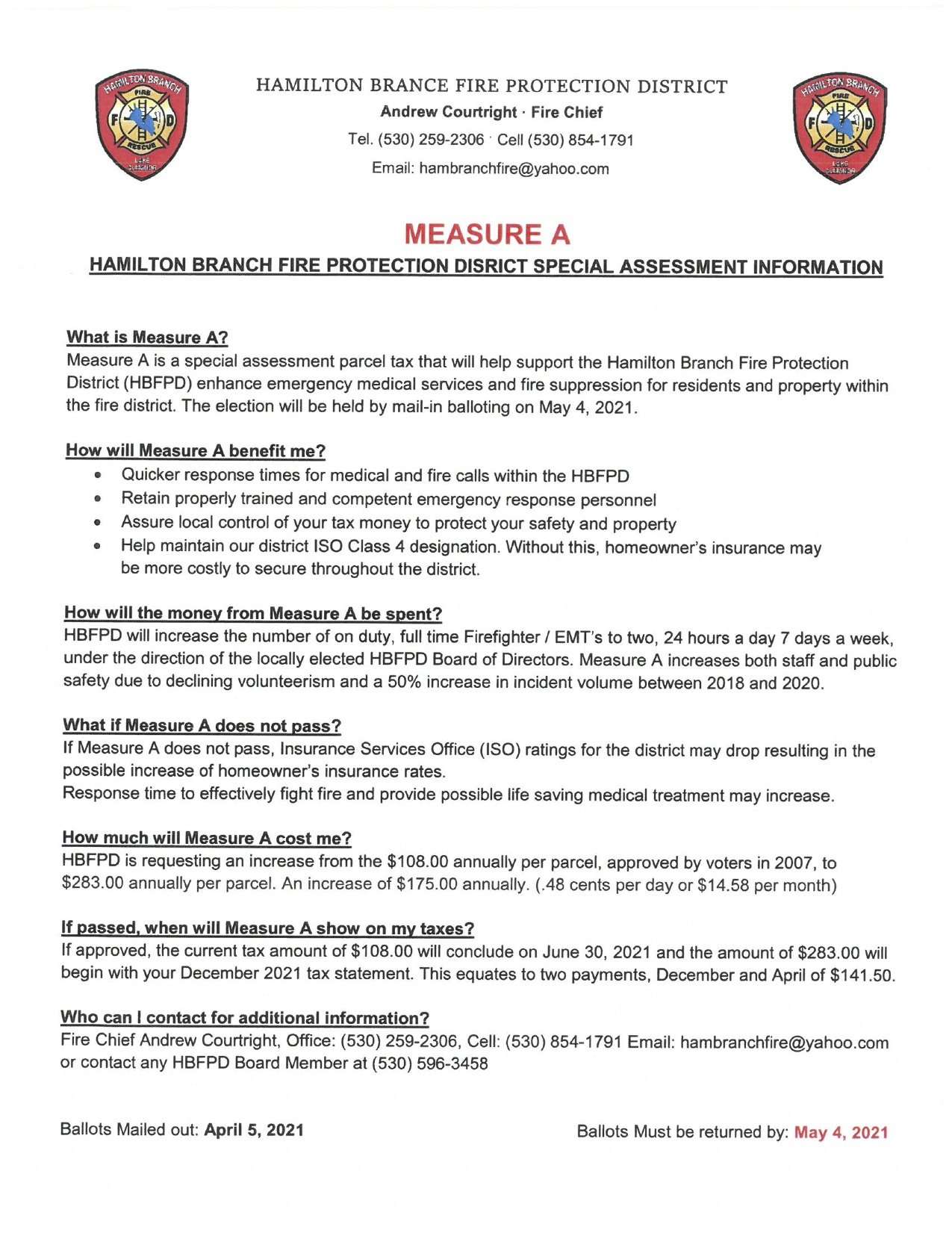