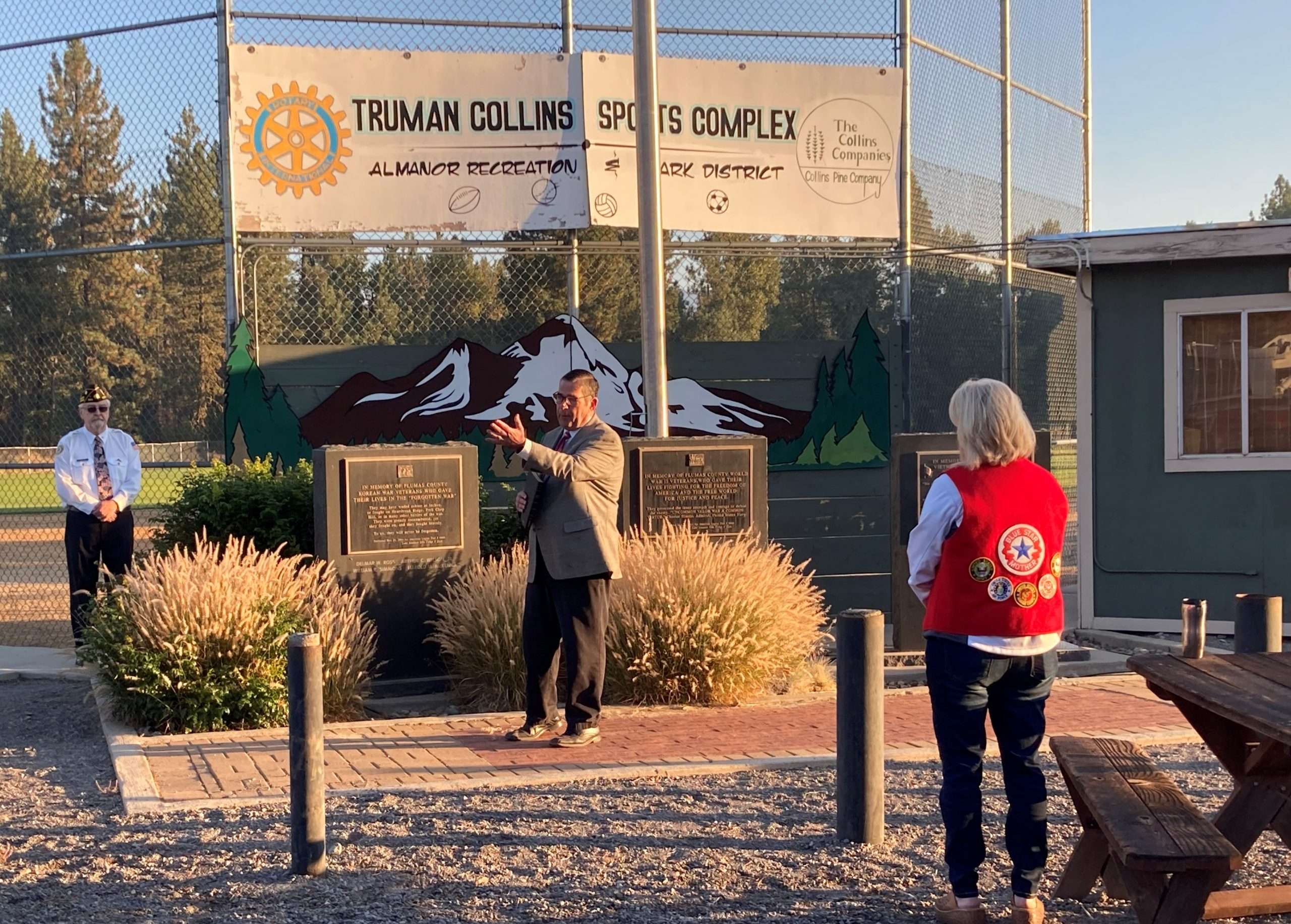 Once again the early morning sun warms the faithful attendees at the 9/11 Remembrance Service held at the Chester Veterans Memorial in front of the Truman Collins Sports Complex.  After a short history of the events of September 11, 2001 by Blue Star Mom Gina Pixler and the ceremonial lowering of the American Flag to half staff by American Legion Post Adjutant Gregg Scott; Terry Johnson, Pastor of the Westwood Calvary Chapel, offered a short memorial message and prayer for the United States and all the military and “first responders” that work so hard to keep America safe.