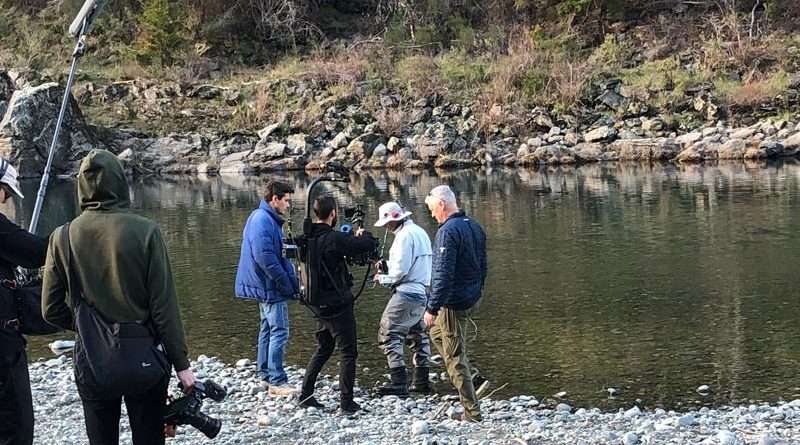 Trout mentioned he got a call from film producers looking for a fly fishing guide for one of the scenes they had planned. Trout said, “This commercial will be on TV, plus they are making a 20-minute version to be watched online that includes the music marvel’s songs in addition to the new introduction of their SUV called the Land Rover Defender.”

The commercial is due out at the end of April. Trout went on to say that Mayer was very interested in fly fishing and after they talked on camera, Mayer broke out his guitar and played an acoustic tune on the beach in front of the Smith River for all to hear.

Mayer’s latest claim to fame was revitalizing the Grateful Dead music long after they did their last final farewell tour. Mayer had never heard of the Grateful Dead and happened upon one of their songs on YouTube one day randomly. Later he contacted Bob Weir and they got together and now the Dead & Company are touring and filling stadiums again.

Trout also said they had terrific on-screen chemistry together and the crew was delighted that they did their piece together in one take.