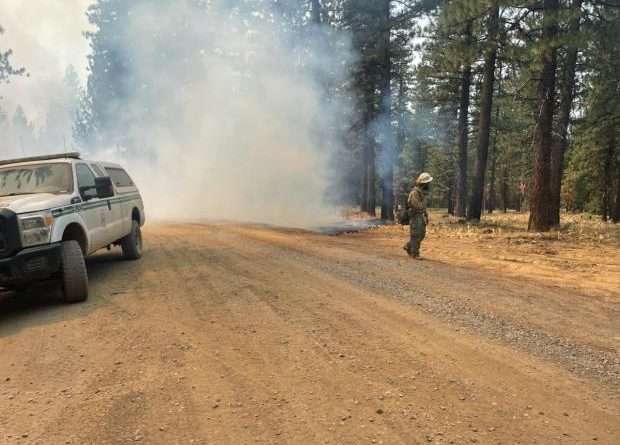 Crews are relying on firing operations to prevent the spread of the Dixie Fire due to flying embers in advance of the main body of the fire. Photo courtesy of Inciweb
News
August 18, 2021August 19, 2021 Editor

As of this morning Aug. 18, the Dixie Fire is 635,728 acres and is 33 percent contained. While overnight winds pushed some areas of the fire,  heavy smoke in other areas effectively put a lid on the winds.

Operations Section Chief Mark Brunton presented the morning update for the West Zone of the fire.

He reported that the Westwood sector – which is essentially the middle of the fire — is holding really well to the west. Mop up and patrol continue on the West Shore of Lake Almanor.

As for the Peninsula, Hamilton Branch, Clear Creek and Westwood, there has been no impact to those communities. Brunton reported that a firing operation along Highway 36 was completed yesterday and is in the mop-up phase. “We have had challenges with embers traveling long distances,” Brunton said. It’s hoped that the burned out area will provide a good level of protection from the fire pushing from the north. Conversely the work being done around the Dyer Mountain area will provide a block for the fire progressing from the south.

Over toward the Susanville area, Brunton said firefighters were able to keep the fire out of the major drainages. He said the effort was aided by the heavy smoke that reduced the effect of predicted winds.  A number one priority today is to reduce the threat to Susanville.

Brunton said fire management has a good plan in place for Janesville, and crews are surging resources and putting in control lines. He reported a lot of success in saving structures in the Janesville area, as well as in Milford. The fire is beginning to burn into lighter fuels so it moved quickly and is paralleling 395. “It will continue to parallel 395 today,” Brunton said.

Brunton then turned his attention to the north section of the fire which is referred to as the Lassen. This is an area of the fire that winds did impact last night, with increased activity on the lightning spot to the west of the main fire. “It did get some wind and spotted into Childs Meadow,” he said, but they were able to save structures. Brunton said a huge priority today is to keep the fire from spreading west.

He also addressed the portion of the fire that is burning in Lassen Volcanic National Park and said there was some spread of fire in the park. There were also spots on the north and northeast sides of the fire, but crews were able to catch those.

Brunton reported some slight wind increases are expected today, with continued dry conditions, but cooler temperatures. Clearing air will allow for more widespread use of aircraft.

Red flag weather and critically dry fuel conditions have led to continued movement of the fire front to the east and south yesterday afternoon and overnight.

The fire crossed to the south side of Beardsley Grade Road and quickly progressed toward Kessler Peak. Crews will be working to protect Genesee today.

In the Dyer Mountain area, resources continue to secure and mop up the perimeter line with 100 to 150 foot depth in most area.

The fire is currently holding on Fruit Growers Boulevard where firefighters continue to work on securing the line and mopping up.

All lines at Keddie Point and into the North Arm of Indian Valley are holding and will continue to be patrolled.

The cold front passed over the East Zone of the fire at around 11 p.m. last night, causing winds to shift and come out of the northwest and then the northeast. Northeasterly winds are expected to persist today with gusts around 15 to 20 mph in the afternoon. 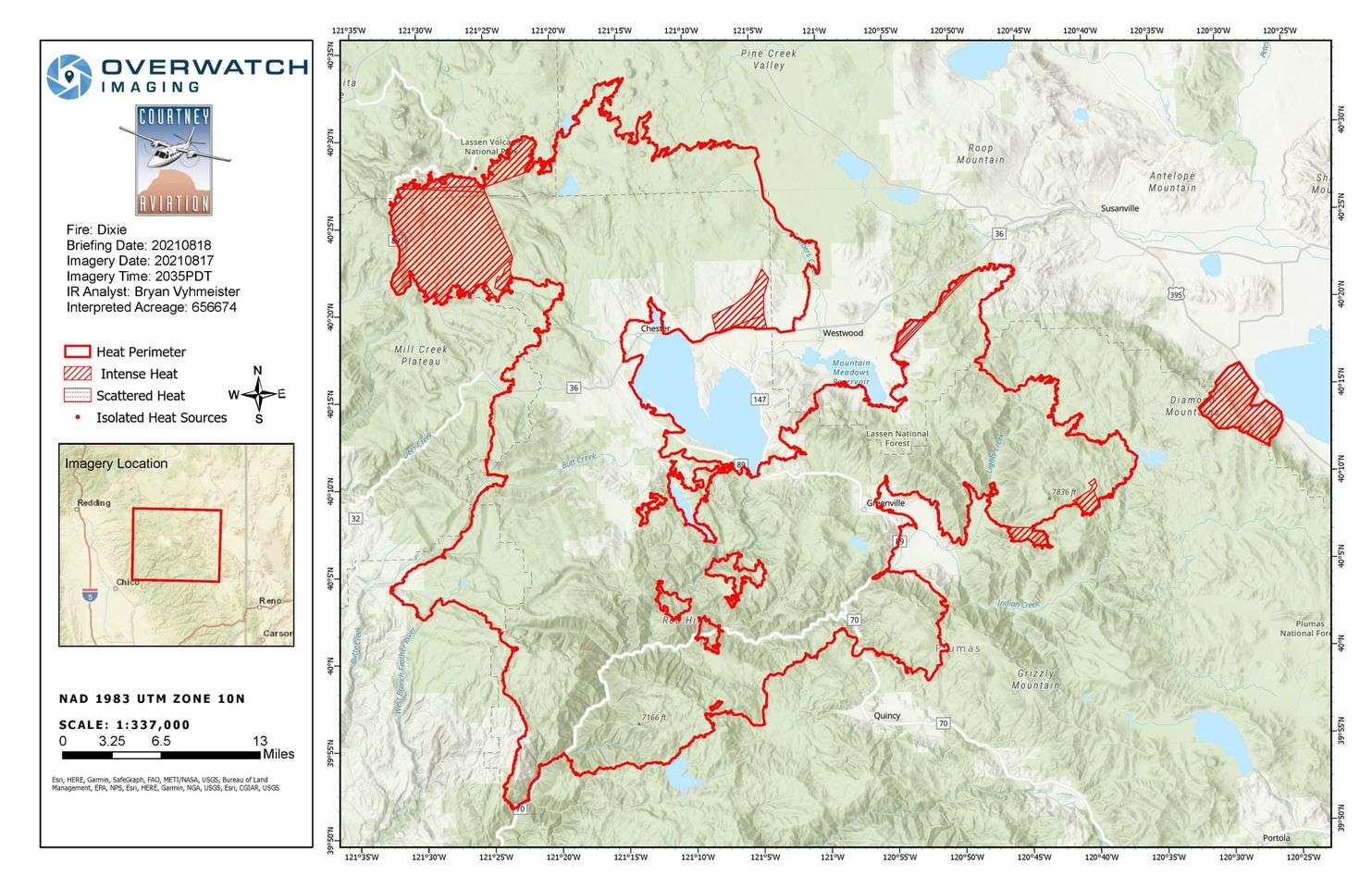