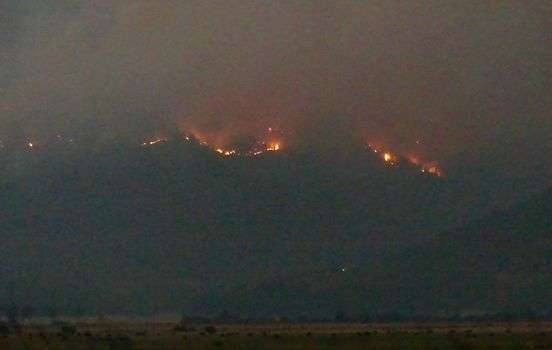 It’s the morning of Aug. 19, and once again the Dixie Fire is making it clear who’s in charge. The fire continues to threaten on multiple fronts, and communities that think they might have escaped Dixie’s wrath, find themselves in the path again.

Such is the case for the residents of Taylorsville and Genesee in Indian Valley. With the winds changing from the southwest to the northeast, the fire is pushing back into those towns. During his morning update, East Zone Section Operations Chief Chad Cook said that the areas continue to be trouble spots. The fire is backing down to both communities, he said. Crews have completed structure prep and there is heavy equipment and hose lay around the houses. The goal is to “nurse the fire around homes.”

And now there is a new trouble spot: A spot fire that is roughly 2 miles away from the main fire landed just below Grizzly Peak in the Mount Hough area. It is now 20 to 40 acres. That brings the fire closer to Greenhorn, as well as East Quincy.

Quincy and East Quincy had enjoyed being out of the fire’s path for a while as the fire continues to remain in its containment lines from the heel and along its southern perimeter, but Cook said that there is still heat in the area and crews continue to patrol.

As for the Greenville area, there is still some open line and crews picked up a small spot fire yesterday.

Continuing up to Antelope Lake, Cook reported no active movement in the Walker fire scar. The northwest side of the fire continues to see a lot of activity (near Janesville). East and West zone crews are working together on that portion of the fire. More details are included in the West Zone update below.

Cook said that crews “have the fire hitting us on several fronts.” Today’s priorities are in and around the Indian Valley area, the lateral spread near Janesville, and the new spot fire below Grizzly Peak.

He reported in the Westwood sector, along the middle of the fire, continues to be in the mop up phase. He said that as the West Shore of Lake Almanor is being repopulated, crews are answering calls for service. He said that the East Shore, the Peninsula, Hamilton Branch and Westwood continue looking very good. To the south, crews are continuing to strengthen lines around Dyer Mountain to stop any incursion from the south. To the north of Highway 36, the burnout is being monitored closely to protect the area from the north.

Another firing operation is occurring along Highway 36 just east of Westwood to continue to protect it. And work continues to stop the spread toward Susanville.

Crews are doing a lot of work along Wildcat Ridge back over to Janesville proper. Brunton reported that a few structures were lost to the south of Janesville the other night, but Janesville proper remains fine. Crews are working parallel to Highway 396 to protect the town of Milford.

Brunton next addressed the area north of Highway 36 in the Lassen Sector – including Mill Creek and Mineral. Crews are prioritizing this area to prevent any western spread of the fire further into Tehama County. A few runs slopped over to the south and Brunton called it an “ongoing fight there.” Resources are being shifted to the area as it remains a high priority. This will include aircraft. Yesterday the available fixed-wing planes were used in Janesville, but today they will be used on the west side of the fire in the Mineral area. 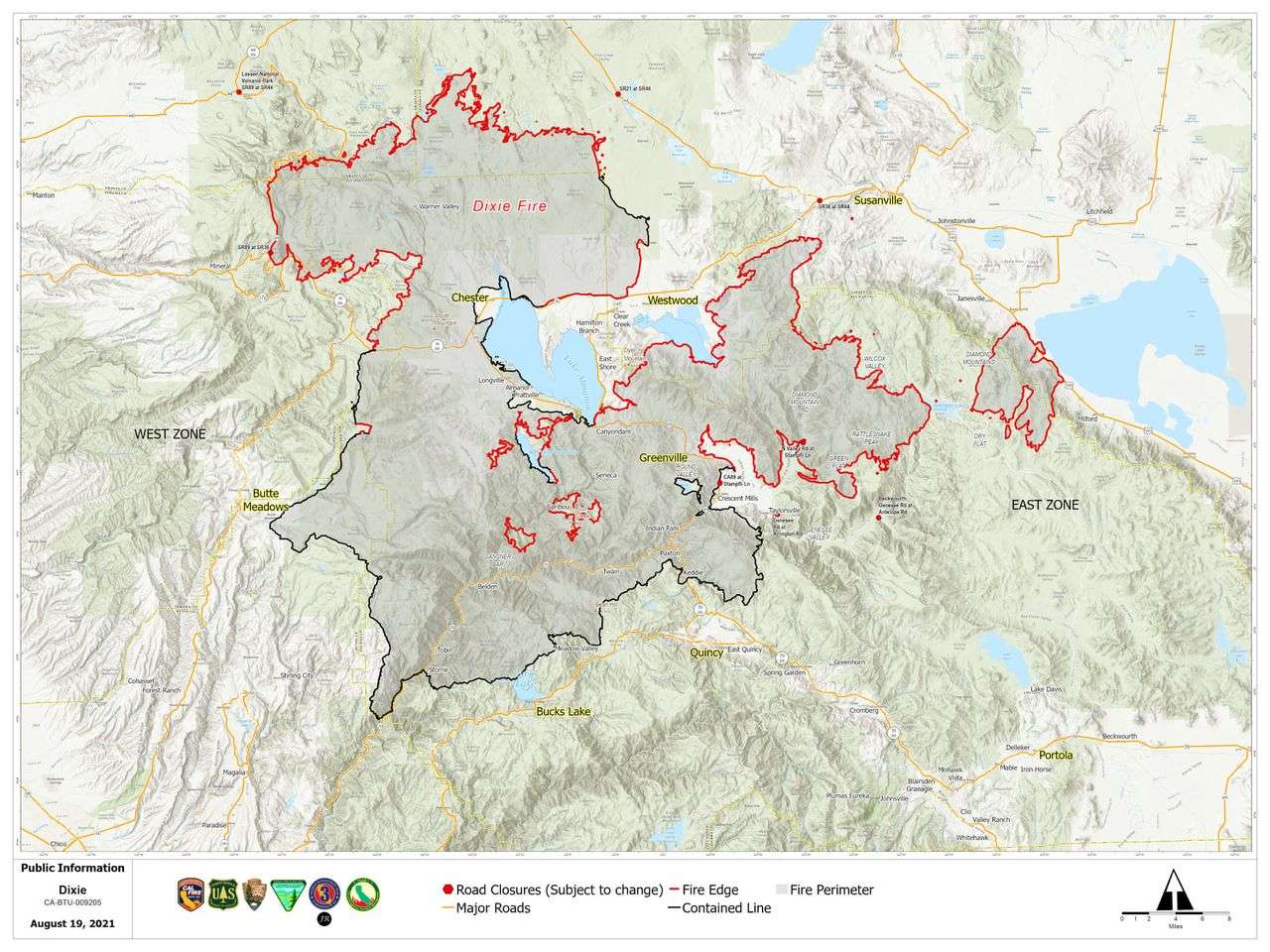