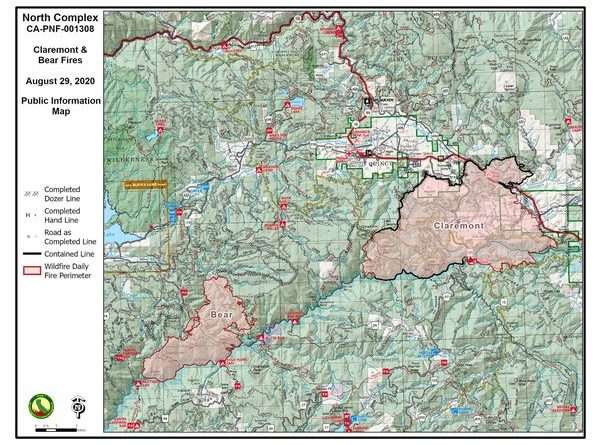 UPDATE: 9 p.m.: The Bear Fire grew to 8,302 acres and showed considerable activity and growth this afternoon as westerly winds pushed the fire to the east and smoked infiltrated much of the area. The Bear Fire also pushed east as the portion of the fire that slopped over Deadman Spring Trail continued up drainage toward Sherman Creek, but remains north of the Middle Fork of the Feather River. Firefighters continued to work on indirect line north and west of the Bear Fire to protect the communities in that area and are prepping lines if firing operations are required in the future.

A dry cold front is forecast to move in Sunday. The front will bring north winds and lower humidity. This combination will encourage fire activity but also push much of the growth to the south and west.

Original story: The Bear Fire is 6,578 acres and 0 percent contained.

More resources continue to be diverted to the Bear Fire as it threatens communities near Bucks Lake, particularly the Highlands development. That remains one of the number one priorities, and indirect dozer lines are being put in to protect the area.

Yesterday afternoon it crossed Deadman Spring Trail, but crews were able to address it quickly.

Dozer lines have been completed across the north of the fire to prevent any push toward Meadow Valley, Quincy and Tollgate.

The Bear Fire, which broke out Aug. 17, received little attention initially (a crew was dropped in, but had to retreat due to the difficult terrain), but with scarce resources, firefighters and equipment were devoted to the fires threatening people and property. Those efforts were focused not only on the Claremont and Sheep Fires, but a host of little fires that threatened communities and forced evacuations in Indian Valley.

But the situation has changed. The little fires are all controlled, contained or out, and the Bear Fire has grown to the point that it is now a threat to people and property. Wednesday, an advisory evacuation notice was issued for a portion of Bucks Lake. The evacuation advisory extends south of Bucks Lake Lodge to include Big Creek Road from Bucklin Road to China Gulch and south of Big Creek Road to Mount Ararat. 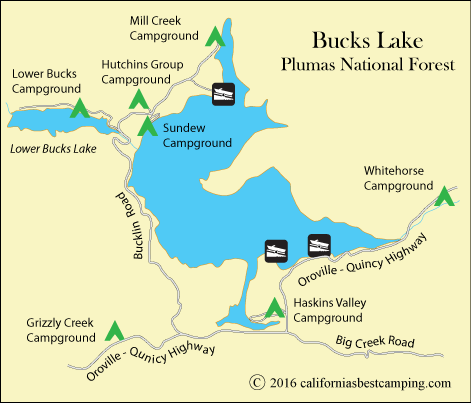