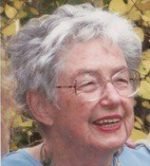 Not an Obituary but the final chapter of a Love Story

When her parents separated Bobbie went to live with her maternal grandmother, Elizabeth Girdner, in Gridley, CA. She attended school in Gridley and was a talented musician playing the carinet in the Gridley High School Band. But there was something about that trumpet player, Duane Stanley Austin that caught her fancy. Bobbie & Duane loved the Big Band music of the 40s but the music wasn’t their only interest. Bobbie was vivacious and fun-loving, witty and charming and it wasn’t long before she and Duane were High School Sweethearts. Both were fiercely independent. Bobbie was never someone to take ‘no’ or ‘you can’t do that’ for an answer.

It was 1944. The Movie “Casablanca” won the Oscar and the number one song that year was “I’ll Be Seeing You”, vocal by Bing Crosby. WWII was raging in the Pacific and Europe. (Romance was in the air). On May 18th, 1944, Bobbie and Duane drove to Reno, NV, fudged a little about her age, and were married. It didn’t take their parents long to find them and have the marriage annulled. Bobbie went to live with her father and his new wife, daughter, and infant son in Sacramento.

When the new school year began in the fall, Bobbie’s mother, a full-time working mother, enrolled Bobbie in school in the Bay area. Bobbie and Duane were determined, as only youth can be, to be together. Duane got a message to Bobbie that he would pick her up at the school bus stop one morning and they would drive to Carson City to get married and live happily ever after.

They wed on Sept 24, 1944; sold Duane’s car; used all the money they had to buy bus tickets to Salt Lake City, then to Grants Pass, OR, and Duane’s grandparent’s home. They had nothing but dreams to their name.

The family realized they were fighting a losing battle. They returned to Gridley. In December Duane joined the Army Air Corps (which later became the US Air Force) and left for Chicago and flight training. Bobbie returned to her grandmother’s home in Gridley and during the time Duane was away, Bobbie finished her education and awaited Duane’s return.

When the war was over and it was announced the veterans would be returning home, Bobbie found where the bus would bring Duane. Not knowing the exact day of his return, she met every returning bus at that location in Gridley. Finally, one night, Duane stepped off the bus and there was ‘his girl’ waiting for him.

Duane was an entrepreneur. They moved to San Francisco and went to work for Graybar. He soon found out he could earn a better living working as an appliance repair person. Bobbie and Duane moved from San Francisco to Oakland; Duane opened his appliance service business, APSECO, out of their basement, then their own building. All the while, Bobbie kept the books and worked side-by-side with Duane to build their future.

Bobbie was a strong presence in every facet of their lives. Always a behind-the-scenes force. Don’t tell her she can’t do something; she’d prove you wrong. She managed the day-to-day office of their growing business; became a mother and homemaker; learned to play the piano and organ (to the delight of family and friends); took to the computer like a duck to water; was a voracious reader; loved crossword puzzles; painted in various mediums; enjoyed needlework, crocheting, and beading even when arthritis prevented her from playing the organ. She was a member of the Ladies Elk’s, Calpine, CA. Witty and Intelligent, she was a gracious hostess who loved cooking, kept a sourdough starter going for years, and was always trying new recipes. You never walked away hungry from her table.

With Bing Crosby singing softly “I’ll be seeing you” Bobbie heads to the bus stop where Duane has been patiently waiting.

Words cannot begin to express the deep gratitude the family owes to Lorraine Noble, Director of Nursing, Eastern Plumas Skilled Nursing Facility, Portola, and her entire staff all of whom used their professional skills to care for and give comfort to Bobbie from 2015 to 2022, when she passed, Duane, until his passing in 2020 and the entire family. They were an exceptional support group.