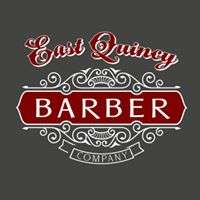 Editor’s note: This story has been updated to include District Attorney David Hollister’s response.

Steve Betts, owner of East Quincy Barber Company, received some notoriety earlier this week for reopening his barbershop against a statewide order — with Plumas County Supervisor Jeff Engel among the first customers. Now he has received something else — a citation to appear in court June 2.

Betts said two sheriff’s deputies visited him in his Portola location today, April 30, to give him a citation for violation of Government Code section 8665, which states that anyone who “refuses or willfully neglects” to obey a lawful order is guilty of a misdemeanor and could be fined up to $1,000, imprisoned for six months or both.

It was the third visit Betts had received from the sheriff’s department. The first two were warnings, including the initial visit from Sheriff Todd Johns.

So what is Betts going to do now? “It’s going to be business as usual,” he said, which means cutting hair in Quincy on Monday, Tuesday and Wednesday, and in Portola on Thursday and Friday.

As for his court date, Betts said he “would push it to a trial.” He is confident that a jury of his peers would side with him.

Supervisor Engel agreed. “Where are you going to find 12 people to convict him for trying to make a living?” he responded when asked about the citation. Engel thinks the situation is overblown and that Plumas County isn’t Los Angeles or San Francisco.

Betts said that while he has had three visits from the sheriff’s office, he has yet to talk to anyone from the county’s environmental health or public health departments. “I find that very strange,” he said.

Those departments are working on ways for businesses to reopen, and worked with Public Health Officer Mark Satterfield to send a letter to Gov. Gavin Newsom this afternoon asking for latitude with the orders.

Hollister released the following statement Friday morning, May 1: “We appreciate what an incredibly difficult time this is for our citizens and businesses. The very last thing we wish to do is enforce these COVID-19 orders through a criminal prosecution. However, when repeated efforts at educating and encouraging compliance are ignored we are left with very little choice. Refusing to comply with the Governor’s Order endangers our community, disrespects other businesses who are complying with the law (at great financial expense and in order keep employees and customers safe) and ignores the rule of law. Should we realize a surge in COVID-19 infections it may be necessary for the Governor or our County Health Officer to enact other emergency orders not just to keep us safe but to keep us alive. Now, and in the future, we simply cannot pick and choose which laws we will obey based on convenience or whim.”