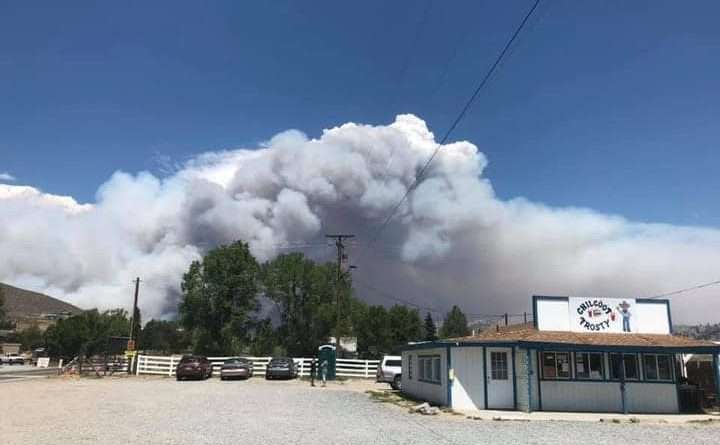 Summer in Chilcoot can mean a trip to Frenchman and a cold ice cream, but on July 9 both were inaccessible as the Beckwourth Complex, and specifically, the Sugar Fire, forced the closure of the lake and the Chilcoot Frosty. Photo courtesy of Chilcoot Frosty
News
July 10, 2021July 11, 2021 Editor

It’s July 10 and a new milestone for the Beckwourth Complex, which includes the Dotta and Sugar fires — it’s now topped 54,890 acres and is just 8 percent contained.

Cagle said that the fire’s 50- to 100-foot flames continue to vex firefighters, which make the fire too hot to hit directly in some areas. “We are trying to cool the edge off with helicopters and planes while crews put in dozer line,” Cagle said.

A dozer line is now in place in the Maddalena area to Road 284, and the work will continue to Scott Road. The fire is slowly backing down to Scott Road, which is preferable to a head fire which could quickly descend on the area.

On the northeast edge of the fire, crews performed firing operations last night in the Constantia Road area. Cagle said that once again the fire is backing in to the area that had previously been burned in last year’s Adams Fire (not the Loyalton Fire as mentioned in last night’s briefing) but some timber still stands, which is of concern.

Cagle stressed the importance of residents evacuating the Doyle grade area, which is under mandatory evacuation. “Fire is pushing hard through there,” Cagle said. “Please listen to the Lassen County Sheriff you need to get out of there.” He noted that the community had not done much structure prep with lots of vegetation.

The western side of the fire will continue to be fought via the air with water and retardant drops.

The good news today is that the Dotta Fire remains in its footprint and will continued to be monitored and addressed using aerial resources.

Cagle will present another briefing this evening.

More updates will be published as they are made available in this developing story. 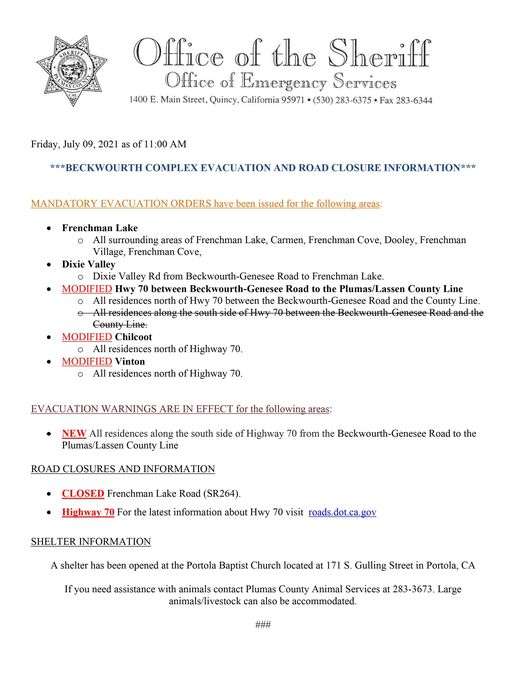 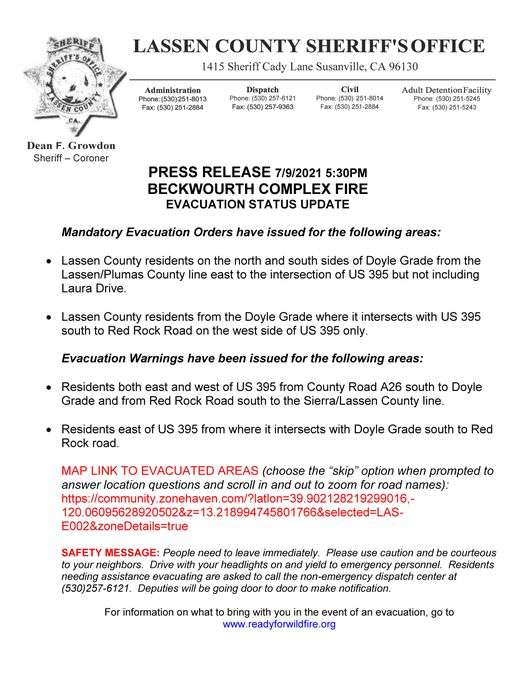