Carlos España, beloved husband, father, grandfather, and committed community activist died March 1, 2022, at UCSF Medical Center in San Francisco, with his wife and children by his side. Born to Carlos and Louise España in Los Angeles, CA, on April 20, 1947, Carlos spent his youth growing up there, attended Notre Dame High School, and graduated from UC Berkeley in 1965 with a BS in Civil Engineering, and was conferred a Masters in Geotechnical Engineering in 1966. It was here that he met his wife of 49 years. He is mourned by his wife Susan, children Elena and John, grandchildren Olivia and Emmett, and his brother Tony. Carlos was 74 years old. 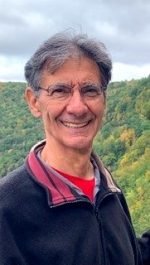 The family spent 11 years in Long Beach, where Carlos worked for Earth Technology as Manager of Engineering and eventually as President of the North American headquarters. His desire to raise his family in surroundings that provided cleaner air, open space and access to the mountains he had grown to love led to relocating to the Sacramento area in 1984, where he started a new firm and continued his work in the geotechnical engineering field. He sold the company in 2005. During his years in the professional field he was active in various professional organizations, spending years on the Berkeley Engineering Alumni Society board (serving as President), ASCE, and CELSOC, where he also served as President. During this time, he and his wife continued to explore the northern California region and they fell in love with the Lake Almanor Basin. They purchased property in 1999, spending summers and holidays, before moving there permanently in 2014.

Throughout their lives, Carlos and his wife embraced the outdoors and were active right up to the moment of his becoming ill. Avid hikers, they hiked everywhere in the surrounding parks and wilderness areas, and referred to the annual hike up Brokeoff Mt. in Lassen National Park as their litmus test for “getting old.” Carlos was a dedicated sailor, and upon retirement he joined Club Natique Sailing Club in Alameda, where he completed an extensive and rigorous series of courses through Offshore Passage Making. He loved being on a boat, and family and friends joined him on numerous bareboat charters over the years. In the last few years, he and Susan took up road cycling, completing the MileHigh Metric Ride, and last fall rode the 150 mile Great Alleghany Passage Rail Trail from Pittsburgh to Cumberland, MD.

After moving to Lake Almanor, Carlos quickly became involved in volunteering in a number of organizations. He was a member of the LACC FireWise Committee, where he worked diligently to document defensible space requirements and guidelines, and wrote informative monthly articles for the LACC newsletter regarding Fire safe practices.

As a volunteer for the Almanor Recreation & Park District, Carlos was hands on every summer in whatever capacity was needed for the Fun Run, MileHigh 100 Cycling Event and Poker Paddle. His true passion was the Almanor Rail Trail. It started with his love of hiking around our beautiful community, grew legs while working to rebuild and expand the Collins Pine Nature trail, and found its focus with his vision for a network of trails around Lake Almanor. This was truly “his baby,” and the progress he was able to make over the last five years was impressive. He worked with Caltrans in planning an extension of the Hwy 89 trail along the West Shore, which Caltrans recently committed to funding and building. Shortly before he passed away, he submitted a $2.6 million grant application to build a 12 mile section of the trail from Chester to Clear Creek junction. He found great joy working with many people and organizations in the community and across the state over the course of his work.

His passing has left a huge hole in the hearts of his family, and his dedication to our community will be missed.

As a fitting tribute and in support of the community he cared for so much, a memorial fund for the Rail Trail project has been established through the North Valley Community Foundation. Contributions will be dedicated to development and maintenance of the Rail Trail and are fully tax deductible. If you are interested in supporting this effort in his memory, please visit the website at https://www.nvcf.org/funds/Carlos-Espana-Memorial-Fund-for-Almanor-Rail-Trail.

A Celebration of Life for Carlos is planned for Friday, June 24, at the Lake Almanor Country Club Rec 1 Center.