Charles Hugo “Chuck” Hadrich, 74, of Rohnert Park, CA, passed away on November 29, 2022, at Sutter Hospital in Santa Rosa. He was surrounded by family and friends after a 25-month fight with pancreatic cancer. 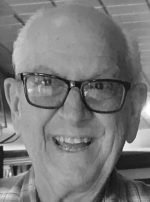 Chuck graduated from Healdsburg High School in 1966 and graduated from the Santa Rosa Junior College with an Associates of Arts degree in Police Science in 1969. He served as a Specialist in the Army National Guard from 1969-1975. Chuck was an employee of Pacific Gas & Electric for over 40 years, working as a lineman and then as a trouble shooter. Throughout Chuck’s lifetime, he was active in the International Brotherhood of Electrical Workers (IBEW) Union, Local 1245.

Chuck will be remembered for his strong work ethic, good humor and kind-hearted nature. His pastimes were fishing, playing cribbage and growing vegetables. He enjoyed hosting family and friends at his cabin in Plumas County. He would take guests trolling for trout on Lake Almanor in the summer and searching the forest to cut down the ideal Christmas tree in the winter. Chuck went on an annual chartered fishing trip to Sitka, Alaska, in which he returned with bountiful catch of salmon, halibut and rock fish. He made a fantastic smoked trout dip for holiday occasions.

He was preceded in death by his baby sister, parents, sister Barbara Weiss, and wife Sandra Hadrich.

A celebration of life will be held in his honor on February 19, 2023, at 2 p.m. at DeTurk Round Barn, 819 Donahue St., Santa Rosa, CA 95403. The family requests any donations be sent to Cal Trout in honor of Charles Hadrich.