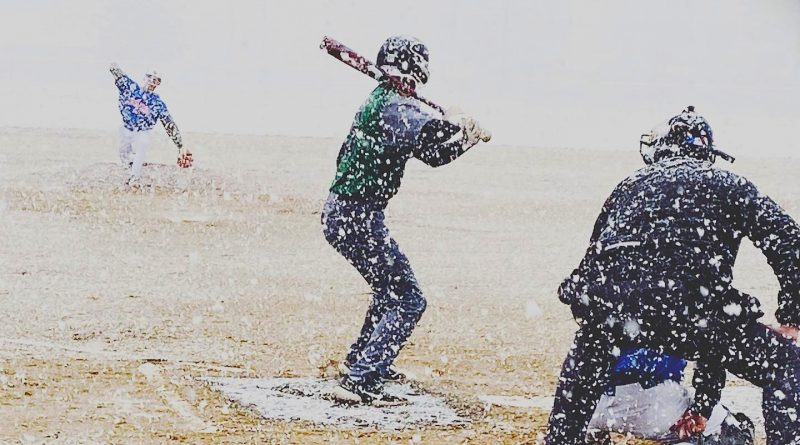 Wade Neer is batting in the bottom of the 1st inning in Loyalton on May 9 with the Grizzlies. The snow was so thick the game was called before the 2nd inning began. Photo by Daisy Neer
News Sports
May 11, 2022May 11, 2022 Editor

The Chester Volcanoes headed to play their final game May 9 in Loyalton. Weather was predicted but they went for it, well, because it was the last day of permissible play for the season. The game started while snow fell in giant clumps on the players, fans and the field. “Played one inning and the umps called it,” said CHS assistant Volcano coach George Wellman, “and appropriately so for player safety.”

The Volcanoes finished the league season with a 13-5 overall record and a 6-2 in league. “We are now awaiting the playoff schedule,” said coach Wellman, “which will be known sometime tomorrow.” That would be Wednesday, May 11. Stay tuned.

By Andrea Singer Staff Writer UPDATED: The deadline to participate in the survey was Jan. 21; however, if someone wants… 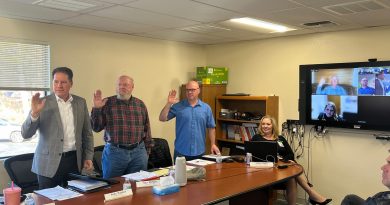 Board fetes departing board member, welcomes new Sam Blesse to the role

By Debra Moore [email protected] Out with the old and in with the new. Sorry, John Kimmel, I couldn’t resist. The…