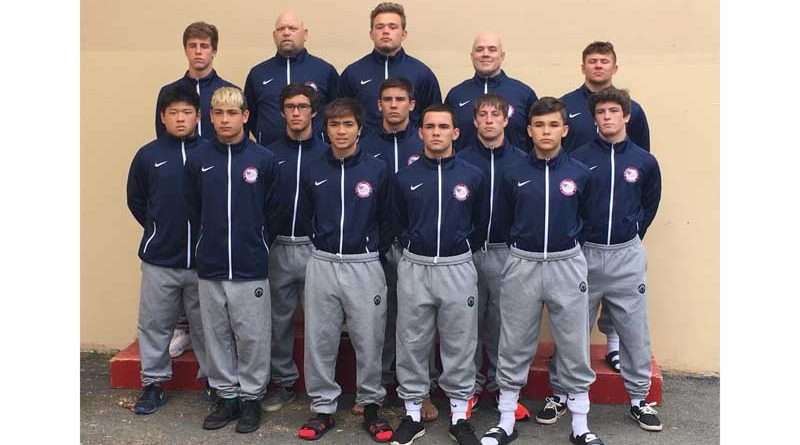 Tony Rogers went to Japan with the state of California wrestling team and “he won!” said his mother. Rogers was having a pretty good season last year and cleared a spot for himself nationally, but now the Chester local is known on the opposite side of the world as a wrestling force to be reckoned with.

“I had an amazing trip (and) getting to learn a whole new culture was crazy,” said Rogers. “I absolutely loved it and I hope to go back and wrestle there again.”

The Japan adventure began for Rogers and the rest of the California team June 26 and ended when they returned to the states July 6th. At home in Chester, Rogers is coached by the Chester High School wrestling coach. The coach knows Rogers really well; he’s Tony’s father, Tom Rogers.

During the wrestling trip young Rogers had a total of four matches, all of which he won. The first three competitions were won in the first period, but “my matches got tougher as we wrestled on,” said Rogers, “the last match I wrestled was the toughest.”

For that final competition Rogers was up against what he described as “the number two guy in Japan.” Although Rogers did eventually triumph, he described it as a “dog fight” and said the score was 11-9. “Scoring went back and forth, but I took him down with 15 seconds left to win the match,” said Rogers.

The international champion wrestler will be a senior this year at Chester High School. “It was such an amazing experience to meet the students and other teams,” said Rogers of his fellow California teammates. Getting to know the members of the State of California team that he didn’t already know was “very cool” according to Rogers.

Trying to learn Japanese is what the soon-to-be senior described as the hardest thing to do during the trip. Fortunately, a translator was on hand for the team in their travels around Japan.

“Sleeping on the floor was a totally new experience and there were no chairs at the restaurants, we sat on a little pad on the floor,” said Rogers.

“I just loved that I made so many friends with the Team Cali and Japan team,” said Rogers. Hoping to visit another country next year with the California team Rogers said, “I would just like to say thank you to the community and family and friends for supporting me and being by my side. I love Chester and couldn’t thank everyone enough for the support.”

Watch for news on the upcoming wrestling season for local high schools as the season gets going in late fall.