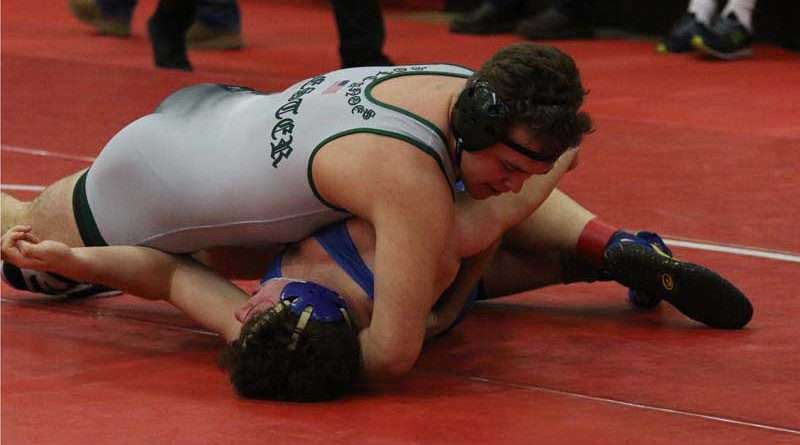 Chester and Quincy wrestling teams went to Corning High School on Jan. 27 to compete in the 33rd annual Corning Invitational wrestling extravaganza. The event attracts almost all north section teams. A total of 36 teams faced each other from 9 a.m. until 4:30 p.m. The competition is tough as most wrestlers at the Corning event will be opponents at the Northern Section tournament, Feb. 23 and 24, or the Master’s Competition, March 2 and 3.

The Corning event is a coordination maze that the organizers operated like clockwork. The competition utilized three separate gyms with two event mats each. There were hundreds in attendance. Cars overflowed the parking lot and lined neighboring streets.

Reigning three-time North Section Master Champion Tony Rogers from Chester didn’t let up in Corning. Rogers took first place at 220 lbs. and received the “outstanding wrestler” award at the event. If Rogers is able to win the CIF Master Championship this year, he would become the fifth person since 1958 to  win the tournament four times in a row, said Tom Rogers, CHS wrestling coach and father.

Quincy wrestler Zach Jensen took first place in the 138 lb. class and Russell Nickerson III took first at 108 lbs. Trojan Lane Coelho took eighth at 128 lbs. Parents and coaches supported both the Plumas high school teams, bustling from arena to arena to watch each other do their best on the mats.

Coming up is the Small School Section tournament held in Chester on Saturday, Feb. 17. This is one of the few times fans will be able to see the wrestlers compete locally. Both the Chester and Quincy teams will participate in this tournament, the first of the final “trifecta” of competitions, followed by Northern Section on Feb. 23 and 24, and the CIF Master’s Championship on March 2 and 3.

One thought on “Chester wrestlers rise to the top”