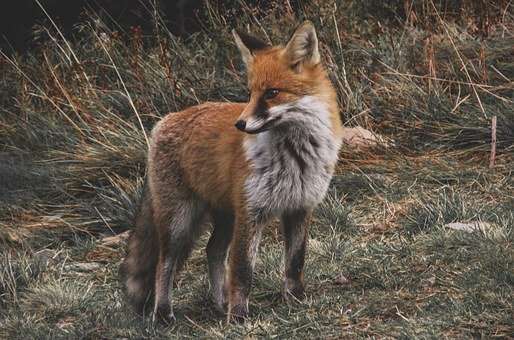 A fox can look cute, but following an attack on a child near Blairsden, Plumas County Public Health is reminding residents to beware. Stock photo
News
October 7, 2021October 12, 2021 Editor

Plumas County Public Health issued a press release today reminding the public to be careful when interacting with wildlife due to the threat of rabies. It mentioned two rabid foxes tied to the Blairsden area, but it begged the question, how was that information determined? Was someone bitten? If so, how did they catch the fox/foxes?

A family of three were eating a meal outside in the Blairsden area (it wasn’t a residential area), when a fox approached. Satterfield said the father thought the fox looked friendly and he reached out his hand. The fox lunged forward and he drew back his hand quickly. That’s when the fox clamped its mouth down on the leg of the man’s young daughter. The fox wouldn’t let go until the man stepped on its throat.

The child was transported to Eastern Plumas Health Care for treatment, which included wound care, a tetanus shot and the initiation of the rabies vaccine treatment. The family, who were from out of the area, have since returned to their hometown, for the rest of their treatments. (The rabies vaccine is administered over multiple visits.)

Concerned for the injured animal, someone put the fox in a cage and transported it to the wildlife refuge center in Truckee. Coincidentally staff members were already caring for another fox that had been having seizures. Subsequently it was determined that both foxes had rabies.

Following this incident, Plumas County Public Health wants to remind residents that rabies can be found in local wildlife and what to do protect themselves from the disease.

“Rabies is a serious and nearly always fatal disease,” said Satterfield, “but is 100 percent preventable. People should avoid contact with wild animals and seek immediate medical care if they are bitten by a wild animal.”

Rabies is a severe infection of the nervous system caused by a virus that is most often transmitted through the bite from a rabid animal. Rabies is nearly always fatal once someone develops clinical signs, but it can be prevented with prompt medical attention and prophylaxis following a possible exposure.

Rabies is found in wild animals throughout California each year. In 2020, the California Department of Public Health reported rabies in 248 animals statewide, mostly bats and skunks. Other wild animals, such as foxes, as well as household dogs and cats can also occasionally get rabies. Since 2000, only four cases of rabies, all bats, were reported in Plumas County, the most recent in 2016. The last detection of rabies in foxes in Plumas County was in 1970. Nevertheless, residents should remember that there is always a risk of contracting rabies from both wild and domestic animals.

Plumas County Public Health officials are advising residents to take the following measures to protect themselves, their pets, and livestock from rabies.