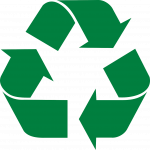 The request came during the council’s March 24 meeting.

IMD wants the increases and new rates effective April 1 of this year. The Infrastructure Committee met with IMD as part of an ongoing conversation multiple times in 2020 and most recently, on Feb. 23 and March 5, 2021 to discuss the proposed increased and new rates for refuse services.

“Under the revised and amended franchise agreement between the City of Portola and Intermountain Disposal Company (IMD) in Portola, the company is entitled to request an adjustment of rates and also propose new services and rates for refuse collection services,” City Manager Lauren Knox said.

Tom Valentino, representing Intermountain Disposal, spoke briefly, touching on the fact that the recycling market was in a state of flux. Formerly, regional recycling facilities paid haulers for common materials such as cans, bottles, paper, plastic containers, and cardboard.

Typically, the materials were baled, hauled to a recovery facility, and then shipped overseas and sold to countries such as China. IMD was paid for the recovered materials at a regional facility.

In 2018, China implemented the National Sword policy, which severely restricted what the country would accept as imported recyclable material.As a result, the commodities market quickly turned back in a negative direction, and IMD now must pay the regional plant up to $100 per ton to accept material they collect in the curbside recycling carts.

“This expense has impacted the cost of operations for residential recycling services,” Valentino explained. Based on analysis of IMD’s expenses, the City of Portola Infrastructure Committee endorsed an increased fee of $4.50 per month for curbside recycling services. The current fee is $2.60 per month.

In regard to green waste, curbside green waste collection service began in 2017 in Portola, coincident with execution of the extended franchise agreement between the city and IMD.

At the time of the contract extension, self-hauled green wastes disposed of at the Portola landfill were burned and the ash was hauled off as solid waste. Subsequently, burning of green wastes was halted in Portola.

IMD now operates a green waste collection facility at its Delleker Transfer Station, where all materials are being stockpiled. Going forward, the company anticipates that the cogeneration power plant in Loyalton, operated by America Renewable Power, will reopen later in 2021. IMD would haul the collected green wastes to the reopened co-gen facility in Loyalton.

With review from the City of Portola Infrastructure Committee and taking into consideration IMD’s estimated expenses to haul green wastes to the Loyalton cogeneration plant, a fee increase of $13.88 per month for curbside collection of green wastes was endorsed. Currently, the fee is $8.65 per month.

Other services detailed include extra services such as delivery of waste, recycling and green-waste carts, fees for locking and unlocking commercial bins, and more.

After some further discussion, Cooley said, “It is hard to see rates go up, but we went through these items in considerable detail, and it is very clear to me that the rate increases are fully justified, and the Infrastructure Committee does endorse as presented in the agenda tonight.”

With no public comment, all approved the three-part item — the updated special rates; for staff to amend the franchise agreement; and to agree to allow IMD to establish market rates on recycling fees by unanimous roll call vote.