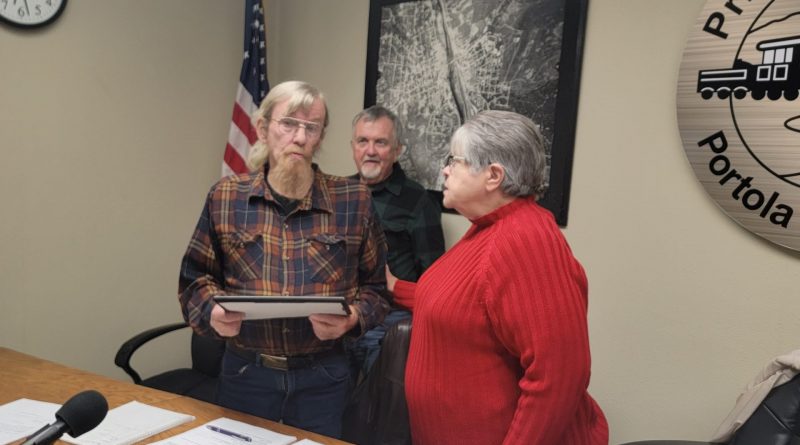 Councilmember Pat Morton presents outgoing Councilmember Phil Oels with a certificate of appreciation from the City of Portola for all of his years of faithful service to the people in the community. Photo by Jon Kennedy
News
January 11, 2023 Lauren

At the last meeting of City Hall in 2022, the Portola city council honored outgoing member Phil Oels, and incoming councilmember Leah Turner was sworn in, along with incumbent councilmember Bill Powers.

Pat Morton presented Oels with a certificate of appreciation, and all of the council members in attendance thanked him for his many years of service to the community. “Serving these many years has been an honor,” Oels said to council.

Council then reorganized and moved for Councilmember Tom Cooley to become Mayor and Councilmember Bill Powers to be made Mayor Pro Tem moving into the new year. Councilmember Stan Peiler was also appointed to serve on the Plumas County Transportation Commission.