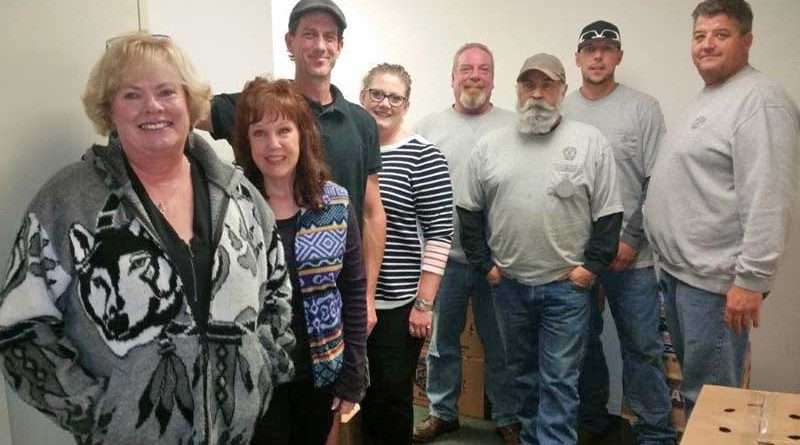 Each year, the Plumas Crisis Intervention and Resource Center distributes Thanksgiving meals to needy locals. Each year for the past six years, Melinda Rother has been collecting and donating funds to the Crisis Center to help defray the costs of the dinners.

It started when Rother  received an email from the Methodist Church in Quincy six years ago saying that the Crisis Center was very short of reaching its goals for the Thanksgiving dinners.

Rother, who is the Plumas County assistant clerk-recorder-registrar, said she spoke to her staff and she and her boss, Kathy Williams, went door-to-door around the courthouse and collected from county employees so that they could purchase the items the center needed to complete their Thanksgiving dinner goals.  That first year, she said they collected around $300.

In the past few years, the effort has grown to include not just county employees, but also Management Counsel and people and businesses in the community.  They have steadily collected more each year and the Crisis Center has come to rely on them.

This year, a record $1,081 was collected. Rod Powell from Ferrell Gas donated a generous $300. Krissy Bauer from the Knook and Janice Thomas donated $80. William and Janet Thompson of Graeagle donated $250. Jeff’s Diesel also made a donation.

The county Facilities Service Department helped load and deliver all the items that have been purchased over the years.

Rother said it has been a pleasure to spearhead this donation drive, but she will be retiring from the county in June 2018 and relocating to Reno. She said Julie Rizzo has graciously agreed to keep the tradition going along with Kathy Williams.

Rother offered a special thanks to all who have opened their hearts and wallets to this worthy cause every year, saying, “It has been a true blessing.”