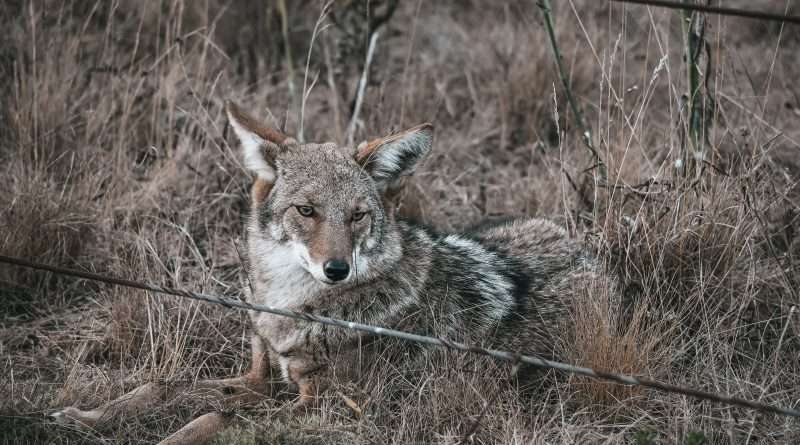 The Plumas County Board of Supervisors discussed the option of keeping the USDA Wildlife Services contract on the county budget during their morning meeting on Tuesday, September 21.

The long-standing contract has been under close scrutiny with some area residents in recent months, with local nonprofit group Feather River Action urging the county to defund the contract and instead fund a new non-lethal program.

Board members briefly reviewed the item, noting that while all residents deeply value and appreciate the local wildlife, there is a need for protection of the agricultural stakeholders in the county as well.

One resident spoke briefly about her experiences utilizing Wildlife Services in a situation where coyotes continually attacked her livestock.

This was followed by another comment from a Portola resident who stated that she appreciated that methods “must be used to mitigate the relationship between humans and animals.” She urged more transparency and data to be accumulated for these measures and urged the board to consider non-lethal methods.

Plumas County Administrator Gabriel Hydrick spoke at some length about the fact that the county has taken into account the need for area natural habitats. “Non-lethal methods are already in practice through Wildlife Services,” Hydrick said. “There was a lot of inflammatory language used by the group opposing this contract, and I think this is an important program that the county needs to maintain. Accountability and monitoring are also important, so I suggest we move forward with the contract with wildlife services, and also look at strengthening the language in the agreement around non-lethal methods.”

He also reiterated that the Project Coyote group had not had any past interaction with Wildlife Services during a past presentation.

Josh Hart, spokesperson for local nonprofit group Feather River Action, commented that there has been no opportunity for Project Coyote to find common ground with local agencies yet, and also stated that “there was no transparency and accountability that clearly showed that the services of the USDA program were effectively controlling or reducing predation. In fact, killing can actually stimulate predation by boosting coyote reproduction and destabilizing family packs.”

Hart went on to note that while Feather River Action appreciates Gabriel Hydrick, they feel the staff recommendation simply does not go far enough. “Not conducting an environmental CEQA review will expose the county to lawsuits,” Hart added, urging Plumas County to follow the lead of counties such as Mendocino, who are moving towards a stronger non-lethal approach.

After some further discussion, the Plumas County Board of Supervisors directed staff to keep the $76,623 contract with Wildlife Services on the budget, with an emphasis on non-lethal methods in contract verbiage, to come back before the board of supervisors at a future meeting.