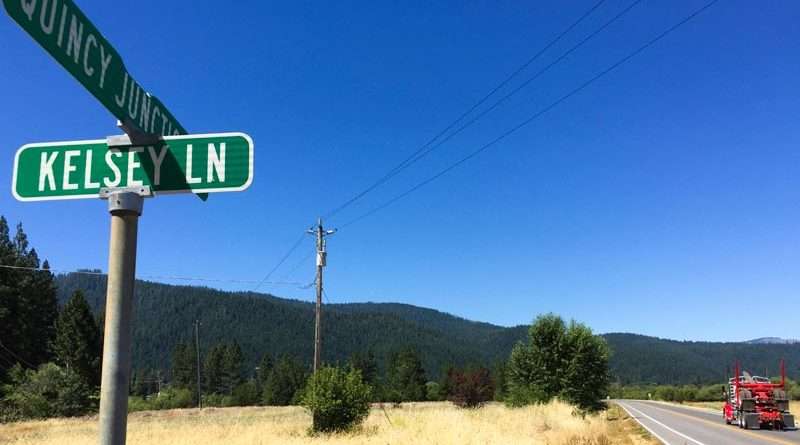 The permit will allow construction of a new, permanent home for the PCS alternative learning center (Quincy site) and administrative offices. The project is planned in a residential zone situated at 129 Kelsey Lane off Quincy Junction Road near the high school athletic fields.

County staff explained the hearing was not a rezoning meeting; schools require special use permits in all zones for which they are allowed.

“We’ve spent three years trying to establish a permanent home for Plumas Charter School,” Washburn said. “We recognize this site has challenges and we feel we can manage and minimize any impacts. We agree to all of the conditions for this approval. It’s the only site that can accommodate a learning center such as we need.”

Accepting testimony in support of, and in opposition to, the school building project proposed for the 5.32-acre site, Planning Director and Zoning Administrator Randy Wilson green-lighted the construction effort by adopting a mitigated negative declaration.

For example, beyond typical conditions concerning things like water, sewer, soil and other protections, the construction schedule must avoid the nesting season of nearby migratory birds. Work at the site must also reduce the potential spread of invasive weed species.

And in the event unanticipated “cultural resources” are found at the site, measures have to be in place to deal with historic/prehistoric artifacts or human remains.

The special use permit was sought to allow construction of a 15,000-square-foot school facility on the property to serve 200 students and 15 staff. PCS owns the property, which was donated to the school.

The parcel is zoned Single Family Residential-7 and would potentially allow construction of up to seven homes per acre, a designation that could accommodate approximately 35 homes, with a subdivision permit.

Receiving the special use permit makes it possible for PCS to build on the property without a general plan amendment or rezone.

Two letters of opposition were received from Kelsey Lane neighbors adjacent to the subject property.

Lynn and Jim Dow live in the historic 150-year-old Clinch home on the Kelsey Dairy. Beyond their desire to retain their “superb views of pastureland, ridgelines, Spanish Peak and Mount Pleasant” that they described as intrinsic to their historic property, they submitted concerns about soil instability at the site.

In their letter, the Dows requested additional consideration of the proposal at the county level, writing about their observations over many years of muddy conditions, poor drainage and pooled water causing the land to remain wet for long periods.

“View sets can change,” he said. “There is no guarantee that your neighbor won’t build a 35-foot-tall house on land they own near you.”

He attended the permitting meeting in person to register his “adamant and emphatic opposition” to the charter school’s building proposal for the vacant parcel on his street.

Citing his support and respect for the work PCS does, its staff, students and families, among which are some of his personal friends, Lombardi said, “I don’t oppose the school.”

He expressed concerns about water table issues, delays for lumber mill vehicles from Lee Road, and traffic congestion due to a mandatory new 25-mph speed limit that would be extended to Quincy Junction Road around the school site.

Air, light and noise “pollution” were also issues Lombardi registered with the zoning administrator and his staff, in addition to worries about degradation of his “viewshed.”

He stressed the value of the land as open space and estimated inevitable cost overruns would plague the project, forcing PCS into debt.

Lombardi further suggested the charter school could “make better use of the land, in cooperation with the Feather River Land Trust, as an extension of the learning landscape and save themselves, the homeowners on Kelsey Lane, and all those who use Quincy Junction Road the heartache and headache they are so obviously setting all of us up for.”

Lombardi explained he had made an extensive review of planning department documents relating to development of the considered site, including prior interest in the location by the local California Highway Patrol office that ultimately decided against building there.

“Some locals still call this site the shark pond and the building department even has an old photograph of a fin sticking out of the middle of it (the site) in a pool of water!” he said, citing concerns about the social, environmental and economic viability of the school project.

“This site is a historic wetland,” Lombardi testified, adding it was once deemed unsuitable for building, then improperly filled without regard for (soil compaction) conventions.

“It floods annually and supports wildlife, but it is now characterized as a buildable site by the charter school in a last-ditch effort to find a permanent facility,” he said.

In support of the special use permit application, Supervisor Lori Simpson addressed the hearing.

“I represent all of my constituents,” Simpson said with concern in her voice. “There has been so much divisiveness in our community, and it’s been going on for years and years.”

She said she grew up in Quincy and used to drive without problems through Kelsey Lane to get to the high school.

“The charter school has looked at every building in the area,” Simpson testified. “I don’t know what the answer is, I just want a solution. Other developments have succeeded here — all of Bellamy Tract was built on a wetland, whether we like it or not.”

“I’m aware of people’s frustrations with any kind of development,” Trover remarked. “We’re trying to minimize impacts to people’s views and keep the building at as low an elevation as possible. We want to be a good neighbor and we feel having Quincy High School next door is going to be a good thing.”

Zoning Administrator Wilson advised the audience the charter school project would not be carried out under the auspices of California’s Department of the State Architect. Rather, the site would be developed under the Plumas County Planning and Building Services Department.

“There is probably going to be more engineering (work) with it, further analysis of soils and drainage, and possibly soils reports may be required,” Wilson suggested. “But we all live right here, IN the environment, and no matter where we build, we’re going to have interactions with wildlife and the environment.”

Addressing issues raised about the CHP having previously decided not to build on the 129 Kelsey Lane location, Wilson said, “We have not been informed of any reason why the CHP rejected this site. We don’t know why the CHP walked away from this site and it’s not relevant to the argument today.”

Anyone wishing to appeal the special use permit decision has until Monday, July 23, to file a request with the Plumas County Board of Supervisors at 520 Main Street, Room 309, Quincy 95971. For more information, call 283-6170.