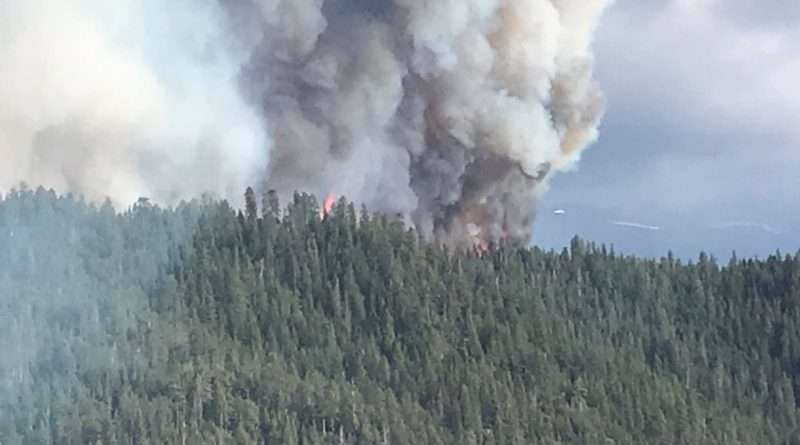 
8:55 p.m. UPDATE: Firefighters will continue to arrive throughout the night. A Forest Service spokesperson is advising that Plumas County residents can expect to wake up to the smell of smoke as the nighttime inversion will settle the smoke in the valleys. The next update is set for  7 a.m. tomorrow morning with acres burned and containment numbers posted when available.