Dan Stephan McIntire Sr. was a loving husband, father, grandfather, son, brother, and friend.  He passed away peacefully with his wife by his side on March 17th, 2022 at the age of 67. 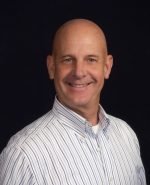 Dan was born April 9th, 1954, in Chester, CA, to proud parents Norman “Mac” and Myrtle McIntire.  On February 24th, 1973, he married Karen Marie Hathaway.  They raised three boys, living and working primarily in the town of Chester during those years.

Though he spent his entire career in the lumber industry (first with Collins Pine Company and later with Sierra Pacific Industries) achieving “Master Lumberman” status, Dan wore many other hats.  He was a baseball and basketball coach.  He was an umpire and a referee.  He hunted, he fished, he golfed, he played tennis and racquetball.  In short, there wasn’t a field or court or forest or body of water that didn’t feel like a second home to Dan.  And what he liked best of all was to spend time in these places with the people he loved… especially his wife and his children.

Preceded in death by his parents, Dan is survived by his lovely wife of 49 years, Karen McIntire; his sons, Dan Jr., Kevin, and Brian; his daughters-in-law, Hennie, Mirka, and Jaime; and his grandchildren, Landon, Cadence, Aaron, Miliana, Kennedy, Carter, and Case.

In lieu of flowers, the family requests donations be made to:  Chester Little League, P.O. BOX 650, Chester, CA  96020, in memory of Dan McIntire.

As we approach the first anniversary of his death, we honor Roger W Clark, who passed away peacefully on May…

James Vincent Bender (Jimmy) of Graeagle, California was born in Reno on January 25, 1946 and passed on April 17,…