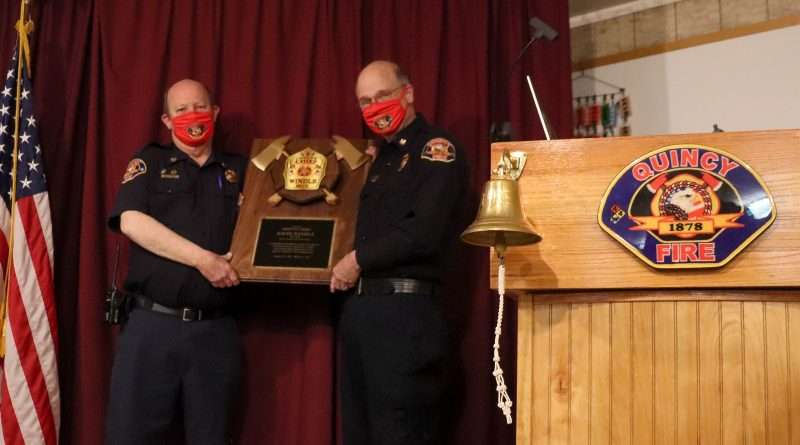 Members of the Quincy Volunteer Fire Department and its Support Team recently honored Deputy Fire Chief David Windle, who is retiring after 40 years of service. He joined the department in 1981, when he was 25 years old. 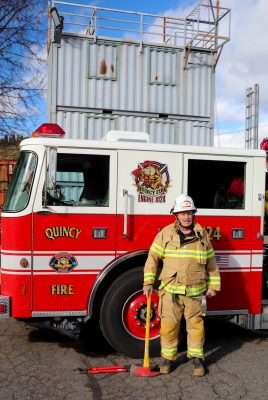 In presenting the plaque to Windle, Fire Chief Robbie Cassou said he will clearly be missed at the Quincy Volunteer Fire Department and the service he’s provided the community through that association. “David has repeatedly shown his dedication to the department and the community. He puts his heart and soul into everything he does. He’s best described by his peers as a born leader whether it’s in training or on a call. He almost always responds to every incident, both medical and structural, and rarely misses a meeting or training exercise. You simply don’t replace a guy like David. I know he’ll still be hanging around the department a lot, we just won’t see him on calls.”

More about Windle and his 40 years with the Quincy Volunteer Fire Department will be featured in May’s edition of High County Life, the region’s new locally produced monthly magazine. It’s available at newsstands throughout the Plumas, Lassen and Sierra counties. The May edition will be available May 1.