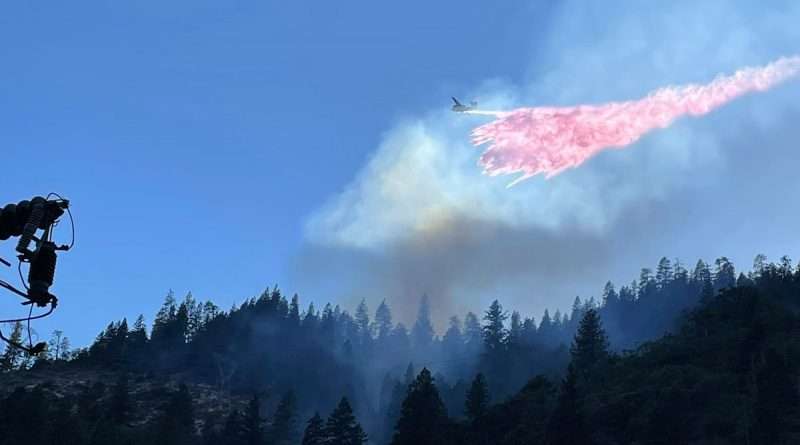 UPDATED 8:20 p.m: According to the Dixie Incident Update, as of 7 p.m. the fire was still 1,200 acres and 0 percent contained. It’s in steep, inaccessible terrain, and firefighters are relying heavily on air attack.

UPDATED 9:40 a.m.: The Butte County Sheriff’s Office is issuing an evacuation warning for the Pulga and East Concow areas due to a wildfire burning in the area.

Please refer to the Public Map on the BCSO website, www.buttecounty.net/sheriff for further information, or call 833-512-5378.

Original story: For residents of the Feather River Canyon and Paradise, a new fire — the Dixie Fire, which is burning near Camp Creek and Dixie roads near Pulga and Jarbo — brings up memories of the 2018 devastating Camp Fire. As of this morning the fire is 500 acres and zero percent contained.

The cause of the fire is still under investigation.