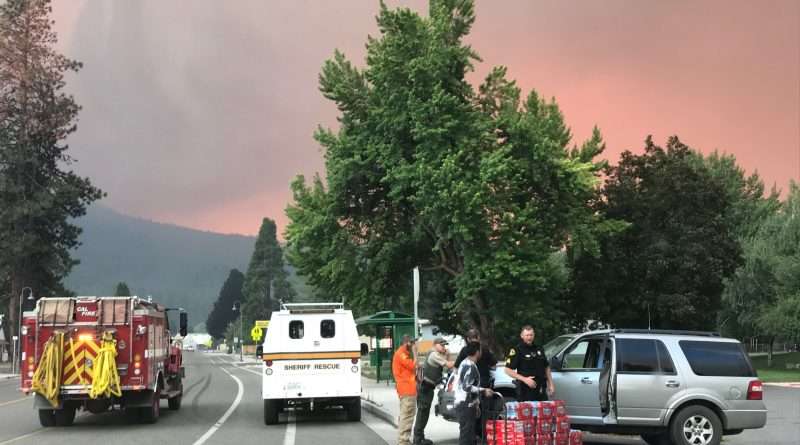 Evergreen Market personnel offer water and soda to all emergency personnel overseeing the evacuation of Greenville yesterday afternoon. According to Search and Rescue personnel assisting with the evacuations, Papehausen Pit Stop did the same. Photo by Graham Shea
News
July 23, 2021July 24, 2021 Editor

It’s the morning of July 23 and the greater portion of Plumas County is under some sort of evacuation order or warning.

A steady parade of cars made its way along Highway 70 as the evacuation warnings crept their way through Indian Valley and then up the Canyon to Quincy, where, as of this morning all of west Quincy is under an evacuation advisory due to the Fly Fire, which broke out late yesterday afternoon in Butterfly Valley.

Meantime evacuees from the Lake Almanor area have filled the Chester Memorial Hall. An evacuation center is open at Springs of Hope church on Bell Lane in Quincy.

The Dixie Fire continues on two major fronts – toward the West Shore of Lake Almanor and the communities of Bucks Lake and Meadow Valley.

Information from this morning’s briefing:
Dixie Fire West Zone: The Dixie Fire remained active overnight with active surface fire and multiple tree torching with long range spotting and rollout. The fire is going to continue to move North and Northeast with the potential for 2-3 miles of new growth.  The fire is burning in a remote area with limited access, extended travel times and steep terrain which hampers control efforts.  Fire will continue to rapidly expand causing a need for the critical
resources to control the fires spread.
Dixie Fire East Zone:  Yesterday crews made good progress along the southeast edge of the Dixie Fire toward Bucks Lake. Today, if conditions are favorable a firing operation is planned to tie the existing fireline into the west shoreline. The intent of this operation is to keep the fire north of Bucks Lake.
Firefighters will also address the Fly Fire, a new start just north of Keddie. The Fly Fire ignited yesterday evening in Butterfly Valley and burned quickly to the northeast across Hwy 89/70, growing to well over 1,650 acres. The cause is under investigation. The extreme fire behavior and long range spotting of both fires prompted several additional evacuation orders and warnings. The fires are expected to continue moving to the northeast today. Fire behavior is expected to remain extreme.

Last evening it was reported that the fire has progressed past Humbug, and crews are looking are now looking at Humboldt Road to halt the fire. The fire as reached Butt Lake, but it’s holding on the shoreline. Some spot fires were quickly accessed.

Conditions for spot fires are ripe with bone dry fuel, hot dry weather and winds, as exemplified by what happened with the Fly Fire.

Elsewhere on the fire, the community of Twain got a spot fire yesterday. Fire behavior modeling continues to travel and have short-range spotting and now is very near where the Caribou transmission lines come down. Quincy residents were alerted last night that they should be prepared to lose power, and it could be out for some time. 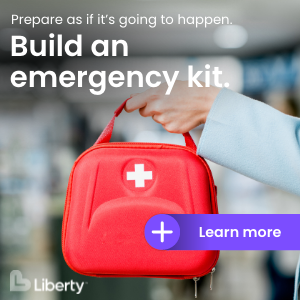 This story will continue to be updated as more information becomes available. 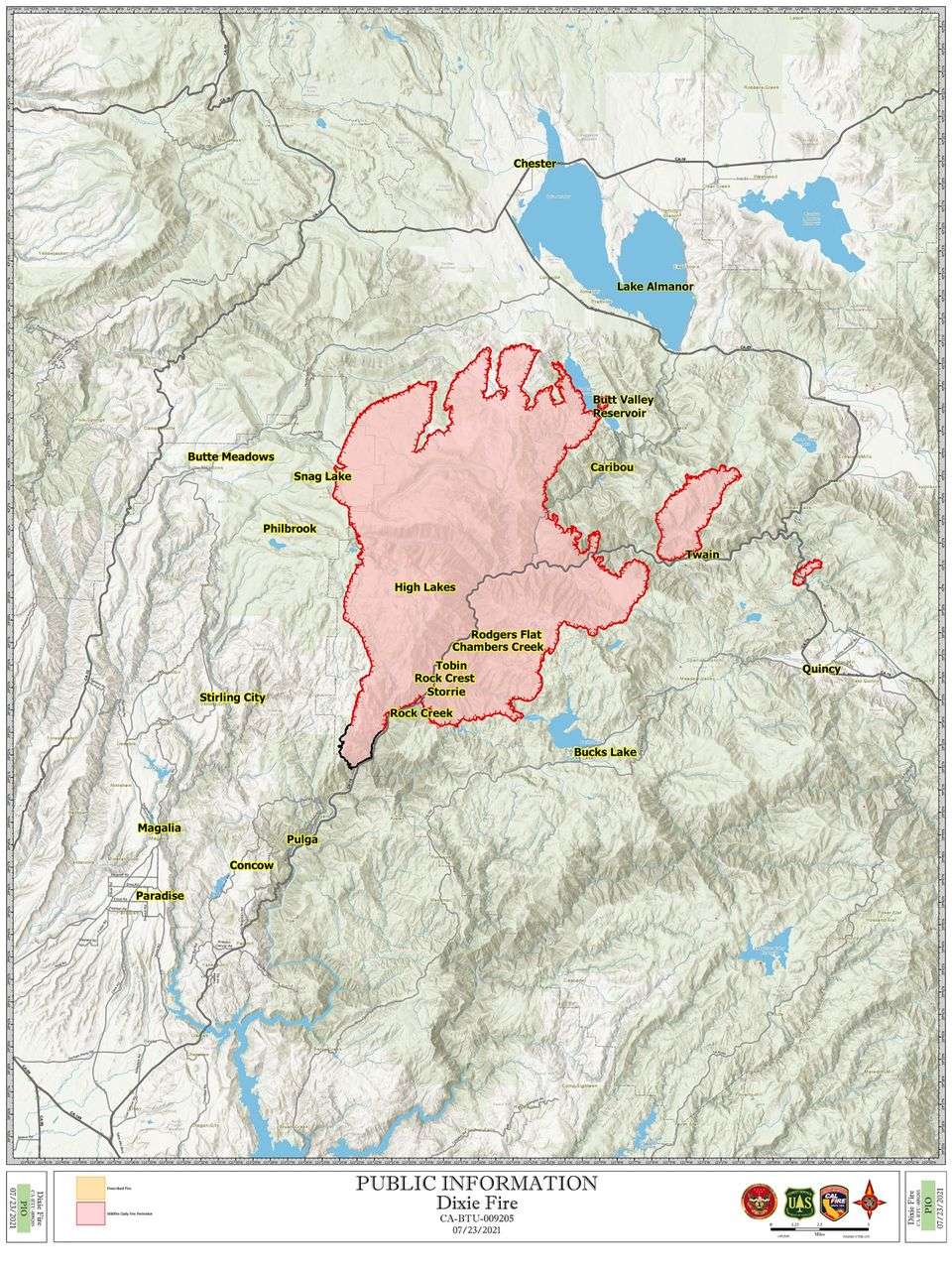 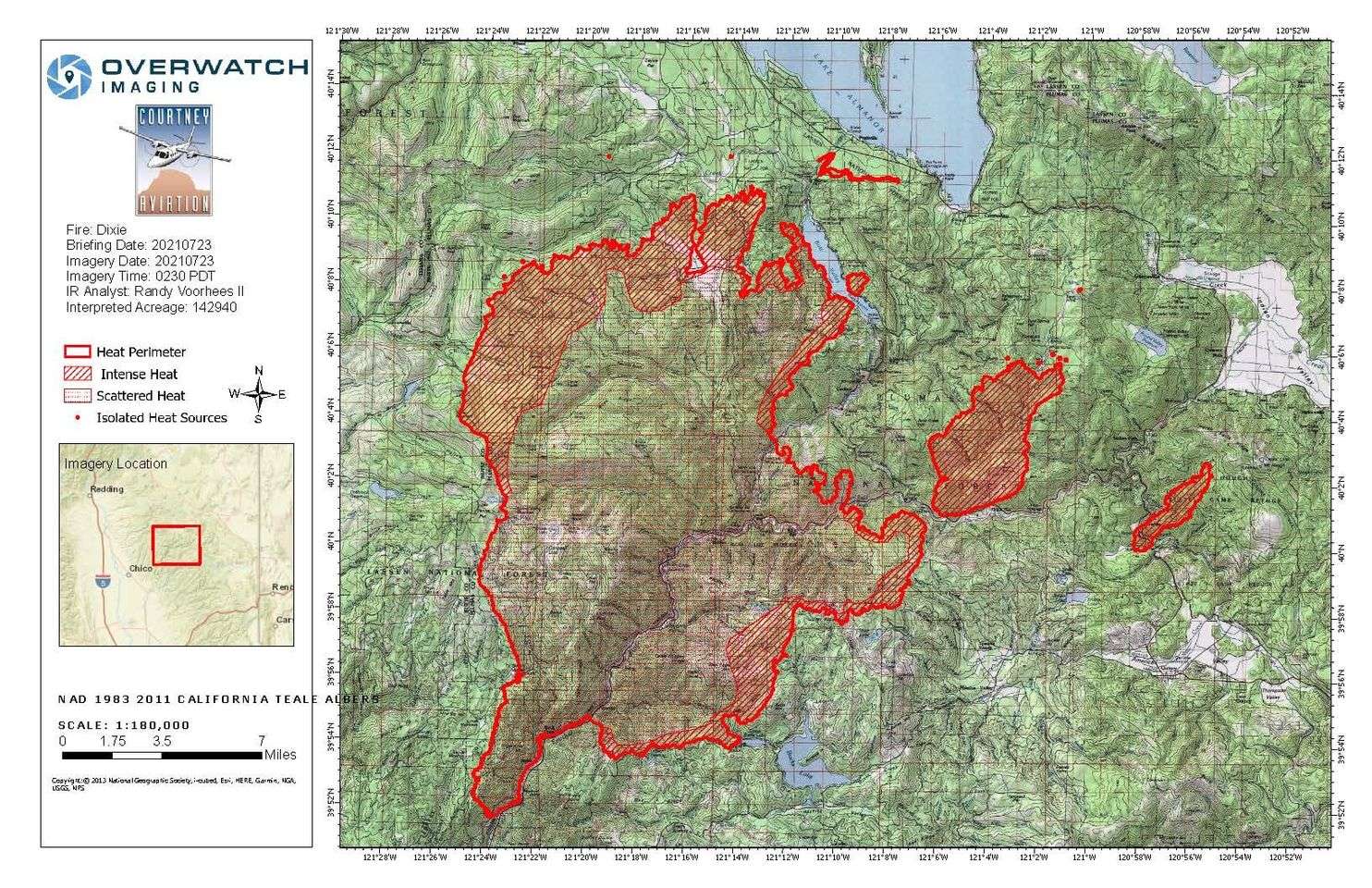