On September 5, 2021, Donald Eugene Miller, beloved husband of Bing Miller, passed away after a brief illness. Don was born March 18, 1938, to Alvin and Elsie Miller. He was a life-long resident of Chester and spent his childhood roaming the mountains and meadows, learning to hunt, fish and appreciate the beauty of nature — especially his favorite place on earth Last Chance. 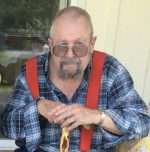 Don was a talented high school athlete, playing both football and basketball, but was exceptionally talented at track and field, holding a division record for over a decade. It was in high school where he met his forever sweetheart Bing. They married in 1959 and enjoyed 55 years of loving marriage until her death in 2015. Don followed in his father’s footsteps and worked for Collins Pine as an auto body and tire specialist for over 40 years. He was proud to serve his co-workers with a tour of duty as their union rep, and went on after retirement to assist with equipment restoration for the Collins Pine Museum.

Don was an expert hunter and consummate woodsman. He was most at home in the mountains and lakes of the Sierras, and was his family’s trusted guide for gatherings, hikes and camping trips. He loved a good whiskey and a practical joke, and spent many a night with old friends retelling stories of their youthful shenanigans. He was quiet and kind and a favorite uncle to his many nieces and nephews.

Don is preceded in death by his parents Alvin and Elsie Miller, brothers Chuck and Carl and beloved wife Bing. He is survived by his daughter Dawn (+Seth), son Greg, grandchildren Ross and Brandy and his favorite niece Lynn (+John). If you wish to honor Don, please consider visiting the Collins Pine Museum and helping with fire restoration.