Donald Kokko, of Creswell, Oregon, fought a brave battle with cancer and passed away on October 4, 2021, while in hospice care in his home at the age of 71. He was born February 28, 1950, in Fort Bragg, California, the son of late Earnest Kokko and raised by his mother Lois (Thomas) and Donald Cook, also deceased. He is the second 0f four siblings whom he loved very much. 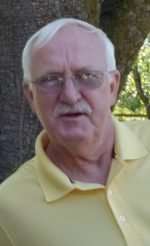 He leaves behind his three sons, Troy, and daughter-in-law Karen of Gilchrist; Danny and daughter-in-law Connie of Cottage Grove; Eric of Gilchrist; his brother Kenny of Utah; his sister Suzy of Gresham; his brother Billy of California; his youngest brother, David of Florence; four wonderful grandkids Cole, Tricia, Thane and Trey; and his delightful great-grandkids Martin, Erick, Fernando, Victor, Caitlin, Shae, and Wyatt.

Donald was a 1968 graduate of Quincy High School in Quincy, California. He continued his education at Sacramento City College before he was drafted into the Army and sent to Germany.  When he completed his service to his country, he took a job with Bohemia Lumber Company doing road maintenance.  That job experience led him to his career in road maintenance with the Bureau of Land Management–a job he enjoyed because it was outdoors which was exactly where he liked to be.

Don loved the outdoors especially if he could spend time there with his kids and grandkids.  In his element, he would teach hunting, hunter safety, how to dress out an animal, fishing, and the fine art of camping.  Don was a mentor to many kids.

Don met Melba Langham at the grocery store where she worked.  He would make a trip to the store every night.  His persistence earned him an invite to Thanksgiving dinner with Melba and her family.  He married Melba in 1975 at Walker Church by a Catholic priest during Bohemia Mining Days. Don and Melba loved watching high school sports and it did not matter who was playing or where.

Don’s life will be celebrated at 11:00 am on Saturday, October 16, 2021, at the Dorena Grange, 34360 Row River Road, Cottage Grove, Oregon with time to share memories over lunch immediately following.  Mass will be held at 10:00 am, Monday, October 18, 2021, at Our Lady of Perpetual Help, 1025 North 19th Street in Cottage Grove.  Private family inurnment to follow at Comstock Cemetery in Curtin, Oregon. In lieu of flowers, donations may be made to the Creswell Athletics Department: 33390 Niblock Lane, Creswell, OR 97426. Arrangements by Smith-Lund-Mills Funeral Chapel in Cottage Grove.

Bertha Ann Brunner born January 19, 1940 passed quietly on September 4, 2021. She is survived by her husband, Ronald…

Jerry Dale Meese passed away peacefully at his home in Quincy, California, on October 1, 2021, from a short battle…