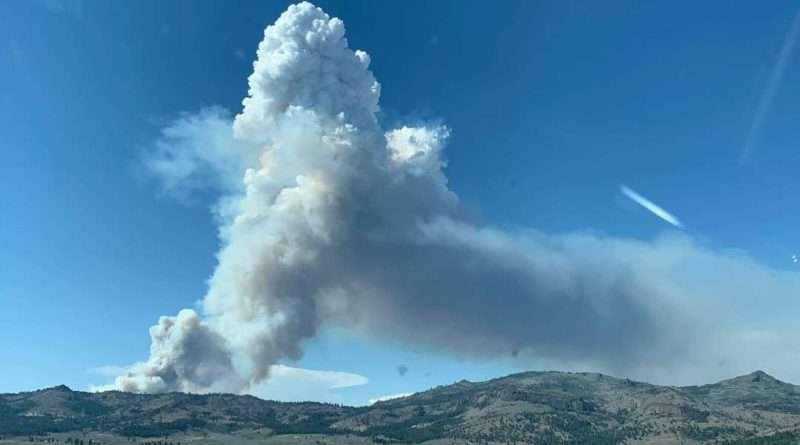 8:45 p.m. update: On advice from the Incident Commander the Plumas County Sheriff’s Department called for Evacuation Warnings (no official evacuation level) from the west end of Dixie Valley Rd. to Beckwourth/Genesee Rd County Rd. 171 out to Frenchman Lake. Currently there are 16 engines, two dozers, 17 aircraft, and five tenders working the 150 acre fire with two crews of 20 each. More resources are on order.

6:57 p.m. update: An evacuation warning has been issued for Dixie Valley by the Plumas County Sheriff’s Office, according to a Plumas National Forest spokesperson. The fire is at 80 acres and is zero percent contained.

5:22 p.m. update: The Dotta Fire is now at 50 acres and is growing. Ten engines, two dozers, two tenders and air resources are responding.

According to the Plumas County Sheriff’s Office, the USFS-PNF is responding to a fire in the Dotta Canyon area near Beckwourth being called the Dotta Fire. There are currently no structures threatened. Updates will be published as they are made available.