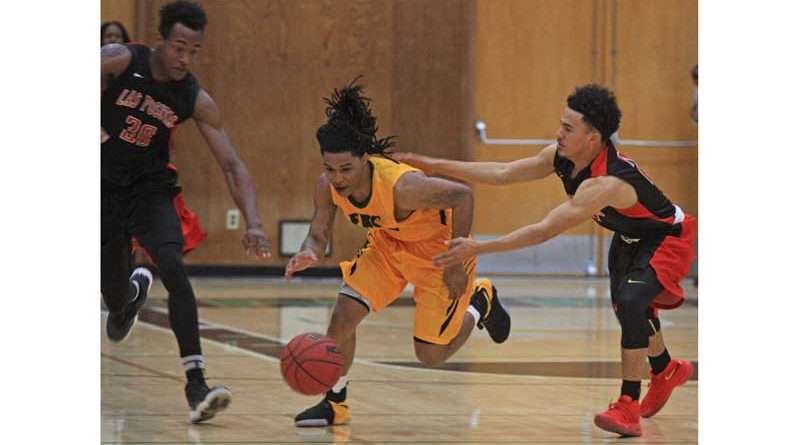 The Feather River Eagle basketball team has been on the road playing and winning. The mighty Eagles started play Nov. 3.

Head basketball coach Randy Rick is already excited about the season. The men will play at the James Clark Classic Tournament in Sacramento Thursday through Saturday,  Nov. 30 through Dec. 2.

After the tournament, the Eagles play at Foothill College. The first home non-conference game will be against Yuba College on Tuesday, Dec. 12, at FRC.

Another tournament challenge follows in Santa Rosa beginning Thursday, Dec. 14. Really warming up for the season, the Eagles will play one more non-league game, against American River.

The FRC team will head north Saturday, Jan. 6, to take on Siskiyous for the first conference game of the season.

The first home league game will be against neighbor Lassen College, on Saturday, Jan. 13, in Quincy.

The Eagles won the all-conference championship last year and have two members of that winning team returning: Calvin Fletcher and Jamel White.

Coach Rick was Coach of the Year in 2017 and both White and Fletcher had special mention on the Golden Valley Conference Award teams. FRC ended its winning 2017 basketball season with a 10-0 conference record and 24-3 overall.