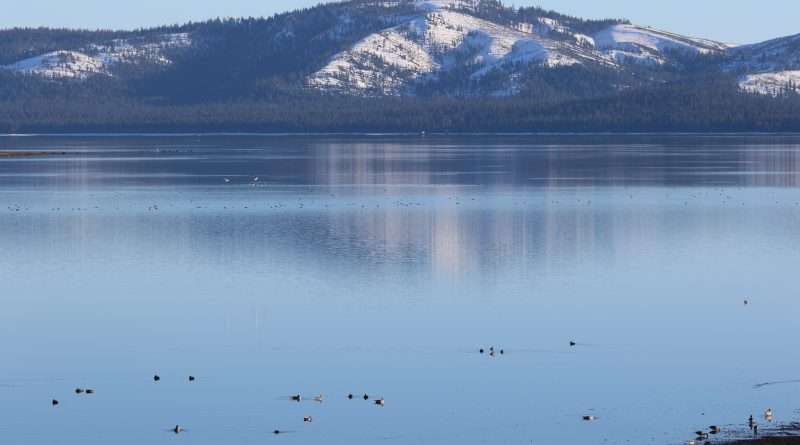 What happens at Lake Almanor stays at Lake Almanor? Not when it comes to detrimental impacts to its water quality. Those ramifications would be felt across Plumas County.

During the Plumas Board of Supervisors’ Nov. 8 meeting, members of the Defend Lake Almanor Task Force made a presentation outlining the critical juncture the group, and by their calculations, the county, is in.

Mike Wilhoite and Wendy Durkin addressed the 20 years they have spent involved in the relicensing of Lake Almanor by PG&E as a hydroelectric facility and the various groups that are considered stakeholders in the effort. The two-decade battle for rights over licensure of the lake has involved regulations by the State Water Resources Control Board and Federal Energy Regulatory Commission, and the fear that thermal curtains would be installed and the lake dredged to remove the coldest water to reduce the temperature of the downstream stretch of the Feather River by 2 to 4 degrees Celsius.

“The only constant for our community is our lake,” Durkin told the supervisors, and expressed concern about a proposal to release cold water from the lake to preserve downstream fisheries at the expense of the health of the lake. The resulting increased water temperatures in the lake are not conducive to the thriving fishery and results in dangerous algae blooms.

“My personal goal is to convince you to sign a letter of support for the PG&E report,” Wilhoite said. “We agree, it’s over; enough money has been spent.” The report calls for the end of measures to take cold water from the lake. But not everyone supports the PG&E report and a stakeholder wants measures in place.

Brian Meiers said he is a newcomer to the situation — after buying a house at the lake two years ago. “I heard about an environmental group that wanted to enhance the fishery downstream at the expense of the lake,” he said. “I knew nothing about hydroelectric relicensing.”

Meiers discussed the California Sportfishing Protection Alliance, (CSPA) which he described as “driving the bus.” He described the CSPA as being involved in 39 projects on the West Coast. He acknowledged the importance of FERC’s public process, but said it results in a process that allows individuals and groups to file a motion to become a stakeholder. “A stakeholder can hold the licensee and the community hostage for years and years. They file a motion and another motion,” he said. “After our settlement agreement was signed, they throw in a temperature agreement. We know how long this process has been going on. If CSPA can drag this out, they have a better chance of getting what they want.”

Meiers said that the group’s “stated causes are very noble. If I had just read their website, I probably would have sent them a donation.”

But what might really have claimed the supervisors’ attention is when Jeffrey Janis presented the economic fallout from a degraded Lake Almanor.  “The Lake Almanor Basin is Plumas County’s  golden goose,” he said  accounting for 42 percent of the property values in the county. “This is what you could lose,” he said — 10 percent in annual property taxes. It would “severely damage the Plumas County economy and impact jobs,” he said.

John Crotty, president of the Almanor Fishing Association, provided a letter that was read to the board. It said in part: “Our fish pen program is the longest running most successful fish pen program in the state. As we approach our two millionth trout planted into Almanor we recognize our program is in serious jeopardy. If PG&E is forced to release additional cold water from Almanor through the Canyon Dam intake or via thermal curtains, there will not be enough water at Hamilton Branch where our pens are housed and the increased water temperatures at the branch would be inadequate for trout survival.”

After listening to the presentations, as well as remarks from Planning Director Tracey Ferguson, Supervisor Gregg Hagwood said, “This is an issue that is impactful to this entire county. What I see is an out-of-county special interest knowingly harm the habit of this lake and this county. We have an obligation to do everything we can to protect our interests.”

He added, “Plumas emphatically rejects any water control measures … we have an obligation as the entire county to protect the conditions” of Lake Almanor.

Those thoughts were reflected in the comment letter the board sent to PG&E on Nov. 15:

“Plumas cannot underscore enough the dire economic consequences should the degradation of Lake Almanor occur due to the loss of cold freshwater habitat, fisheries, wildlife habitat, and recreation. The Lake Almanor Basin represents 42% of all assessed secured properties in Plumas County worth approximately $1.85 billion dollars, with residential secured properties representing 93% of this value. Should property tax revenues decrease between 30% and 40%, and tax revenues, including transit occupancy taxes, from business activities driven by fisheries and tourism-related industries decrease between 40% and 50%, it would represent a significant decrease of between $5 to $6.5 million dollars annually for Plumas County, or a 10% percent decrease in annual County revenue.”

The letter also reiterates its agreement with PG&E that no reasonable control measures are available…  “Plumas firmly agrees with PG&E’s recommendation to cease implementation of the interim water control measures and that no additional time or money should be spent on water temperature monitoring or evaluating further measures or alternatives … Moreover, Plumas emphatically rejects any water temperature control measure alternatives that would involve capital projects such as the use of thermal curtains or other means or modifications at the Prattville intake structure or increasing the magnitude of seasonal water releases using the low-level gates in the Canyon Dam outlet structure and any changes to project operations on the Upper North Fork Feather River FERC Project No. 2105.”