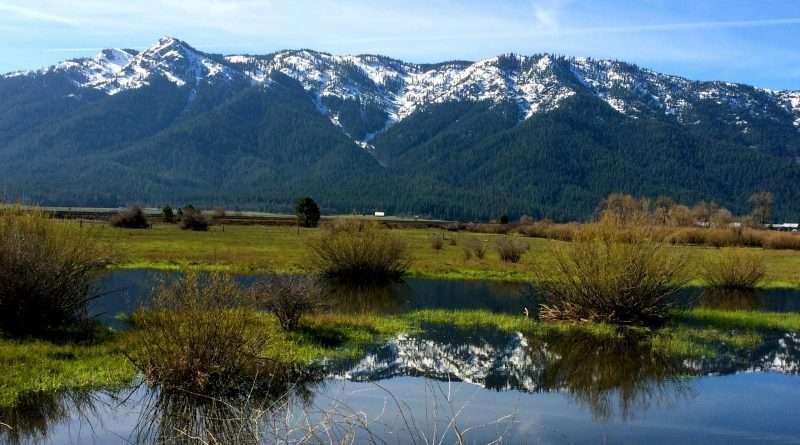 My defiantly quirky, beautiful adopted hometown turned into a ghost town last night. There are so many things I could tell you about Greenville. There were over a thousand people and change, though the population sign still said 2,000.

We all have an opinion. About everything. We are a microcosm of America and often frustrated with each other. Greenville is filled with do-gooders volunteers, retirees, hippies, bikers, and rednecks, ranchers, cowboys, Natives, and people who never felt like the town they were born in was quite the right fit for them. We were extended families and single moms and dads. We were drunks. We were sober. We tried not to be too judgmental lest someone judge us back. We were recent survivors of Paradise too.

We were an island of misfit toys and we liked it like that. Everywhere in the country there are people not getting along anymore because of differing political perspectives, but in Greenville there flat out wasn’t enough of us to take sides. You had to have each other’s backs anyhow whether you agreed with someone or not.

We plowed each other’s driveways, taught each other’s kids. We let each other off the hook with just a warning. And because there were very few jobs in town, we all saw each other in Quincy, in Reno, in Susanville, in Chico and looked over at each other with that look that says you are one of us.

We are an ornery bunch not afraid to tell you what we think. We argue about the education of our kids so much we had two systems. We chose to live here when we could have moved to more convenient places.

I remember when I moved here 19 years ago, pregnant with my son. I visited Quincy and Chester and decided Greenville was it. It was arguably the most beautiful, and every morning when I woke up and looked outside at Mount Hough I thought wow, I must have done something right in my life because I get to live here in all this majesty. In spring when the daffodils come up I’d imagine Julie Andrews twirling on Stampfli Lane singing ‘the hills are alive…” because it felt that magical.

I never once regretted moving here and as a city girl I learned mountain things that taught me resilience. I can make do with things. I became a better cook since there weren’t all that many options to eat. I finally learned to knit here. Because of Greenville I took on trying new things.

I raised two children here and knew what they were doing even when they didn’t want me to know. And my kids brought me home plenty of other kids to take care of too.

I loved Greenville’s stubbornness and tenacity, its characters. It was most definitely a place all its own.

And now the bulk of it is gone. Some of us will have the stamina to rebuild and some of us will not. Some have insurance. Some do not. Our historic buildings are gone. Our newer ones gone too. To live in Greenville was to live history. You couldn’t escape history. Generations of families grew up here and came back again and again.

In southern California where some of my family has been migrating back to for college and work, I’ve run into more people who’ve been to Greenville than I imagined was even possible.

Everyone mentions its beauty. Its friendliness. Its characters. Our little thriftstore bankrolled countless kids scholarships and provided so many retirees a great social hour or two. We accept you as is, no matter how strange or weird you are. We like weird.

We were small. We were mighty. We were fiercely loyal even if it didn’t do us any good. And we loved seeing each other in Evergreen Market, even if it meant spending an extra half hour  chit chatting away.

We love you, Greenville. With all our broken hearts, we love you.