Skip to content
Where I Stand
August 2, 2021 Ken Pimlott

Editors note: This op-ed originally appeared in the San Francisco Chronicle on Monday, July 26, 2021 and is reprinted here with the author’s permission.

On July 4, lightning struck a tree in the U.S. Forest Service’s Humboldt­ Toiyabe National Forest near Tamarack Lake, southwest of the Alpine County town of Markleeville. The next day, authorities announced the fire, named Tamarack, was being monitored along with one other fire in the area. Five days later, on July 10, the Forest Service indicated it made the “tactical management decision not to insert fire crews to fight the fire due to safety concerns.”

“However,” officials were quick to assure the public, “this is not an unresponsive approach.”

That same day, Forest Service officials stated the fire was only one-quarter of an acre in size, surrounded by granite rocks, a small lake and sparse vegetation and posed “no threat to the public, infrastructure or resource values.”

On July 16, the fire that was deemed not to be a threat began spreading at an explosive speed, producing a smoke column visible for hundreds of miles and putting residents and visitors in the Markleeville area in danger.

The Tamarack Fire has now burned over 68,000 acres of public and private lands, forced the evacuation of hundreds of residents, threatened Grover Hot Springs State Park and numerous communities, including Markleeville, and destroyed at least 13 buildings. The fire “too dangerous” to suppress when it was only a quarter-acre, now has over 1,200 firefighters assigned who are placing themselves in harm’s way on the ground and in the air to protect these communities, the people who live there and numerous natural, cultural and historic resources throughout the area.

Why was it too dangerous to fight on July 4 but acceptable only days later to place hundreds of firefighters at risk?

The U.S. Forest Service manages approximately 20 million acres of public land in California. In an effort to help thin overcrowded forests and reduce the impact of firefighting activities on the land in designated wilderness areas, the agency may allow naturally started fires (lightning) to burn if they meet pre-established criteria.

In addition, the Forest Service will not engage on certain fires that it deems too unsafe for firefighters and not posing a threat to people or infrastructure. The challenge, however, is that much of the land in question is intermixed or adjacent to communities and private forest and range land. Fires do not respect jurisdictional boundaries and the volatile condition of our forests and more extreme weather patterns are driving extreme fire behavior. It is difficult, if not impossible, to truly predict where a fire will burn under these conditions and irresponsible to think it will not impact communities and private lands if left unchecked.

Many of the firefighters now conscripted into battling this blaze are from Cal Fire and local fire departments throughout California. They have responded to aid the U.S. Forest Service during this time of need.

I am a career firefighter and professional forester. For over three decades, I have experienced firsthand the changing conditions in our forests, oak woodlands and chaparral-covered lands. I am the first to say we should be using every tool in our toolbox to manage these landscapes to reduce the risk of fire and protect our communities and valuable natural resources. This includes harvesting trees to thin the forest, constructing fuel breaks in strategic locations, implementing fire prevention programs, and using prescribed and natural fire where possible.

However, now is not the time to consider any strategy other than aggressively suppressing fires.

It is no secret that California has experienced increasingly destructive and deadly wildfires over the last two decades. This year is no different. More acres have already burned in 2021 compared with this time last year, and the state is in the throes of yet another catastrophic drought. Measurements of the condition of wildland vegetation taken by firefighters and forest managers indicate it is critically dry and setting records for its flammability — conditions more akin to October or November than July. Our forests are gasoline waiting for a spark, and they are only going to get worse. And if the upcoming rain season is yet again insufficient, we will be right back in the thick of these volatile burning conditions next year.

A change in the way fires are dealt with on federal lands in California is beyond overdue.

The U.S. Forest Service needs to recognize that its timid response to the Tamarack Fire, and other fires like it, creates greater risk for our firefighters and the public. A fire that should have been out in matter of days with only a few firefighters will now tie up critical firefighting resources for weeks, if not longer — making them unavailable to respond to new fires and increasing the physical and mental impacts firefighters must endure, not to mention the risk for injury as they make heroic efforts to save lives and property.

These hard-working men and women will clearly not get a break again this year. We can’t afford to make the arduous job of firefighting any harder than it already is. 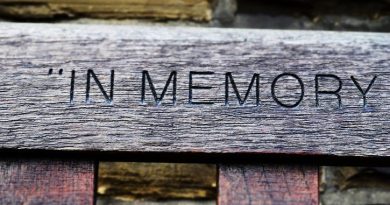 Where I Stand: In memory of my friend Will Farris 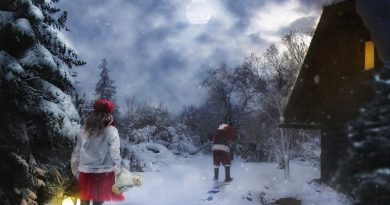 Where I Stand: What’s under the Christmas tree for county employees?

Editor’s Note: Ava Hagwood spoke this morning during the public comment portion of the Plumas County Board of Supervisors Dec….

Where I Stand: The number of people answering 911 calls is dwindling; what happens next?

Editor’s note: Becky Grant, the Communications Dispatch Supervisor for the Sheriff’s Office, made these remarks during the Plumas County Board…

Where I Stand: County taxpayers should not be funding wildlife killing in 2022 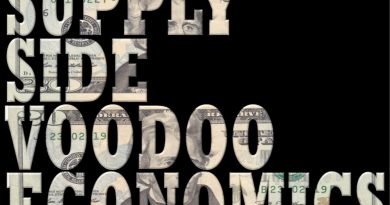 Where I Stand: Is it STILL The Economy, stupid?