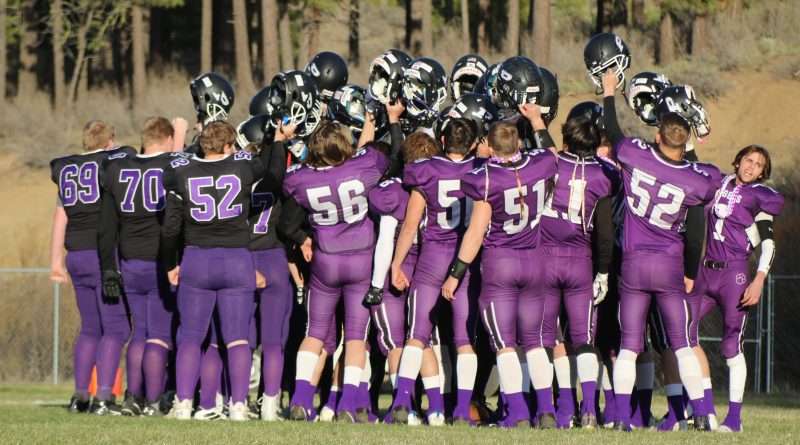 The undefeated Portola Tigers gather together for won last team cheer after the game. Photo by Mari Erin Roth
Sports
May 2, 2021May 9, 2021 Editor

The Tigers ran away with the first quarter, skunking Loyalton 28-0, but the Grizzlies growled and came back. Loyalton scored a touchdown in the second quarter but the Tigers added more, 60-6. The Grizzlies held the Tiger tail and did not allow another point for Portola to hit the scoreboard. In the third quarter, Loyalton scored two TDs and two extra points for the final score of 60-20. Both team defensive lines were 100 percent effective in the fourth quarter, no runs or kicks to the end zone resulted in a score.

Portola quarterback Dylan Gonsalves had four completions of seven attempts for 87 yards and a touchdown. Shane Curren had one completion for 18 yards and a TD. Curren was the chief receiver with 11 carries rushing 144 yards and scoring two touchdowns. Diogo Juarez had three carries for 30 rushing yards.  Zach Mulhall had three carries and scored a touchdown. Juarez brought a kick return back 70 yards and Curren had a kick return of 37 yards.

James Sampson received two passes for a total of 62 yards. Xander Loomis caught one for 18 yards, Curren caught a pass for a 15-yard gain and Owen Bowling received a 10-yard pass.

Curren led in total yards with 177. Gonsalves totalled 98 and Sampson was responsible for 62 Tiger yards.

Michael Stewart made an interception. Defensive tackles were evenly spread out on the Tiger team with all players landing a solo tackle or two as well as an assist. Juarez had three solo tackles and two assists. Jackson Powell sacked the quarterback for a 12-yard gain. Curren picked up two fumble recoveries. Raffa Silva and Donny Peralta were both quick enough to pick up a Grizzly fumble, too.

Curren had six kickoffs for a total of 243 yards.

It has been a big season for the Tigers. They finished the season off 7-0, undefeated, in the short season with opponents from Redding, Loyalton, Quincy and Greenville. The Tigers start practice for the fall Aug. 2. “It was a great season with resilient young men,” said PHS coach Steve Heskett. Fans, athletes and coaches can look forward to a full season this fall.

The Quincy Trojans were “cheated” out of a game because the rush of sports all on the field at once decreased the number of officials available, but the Trojans made up for the missed game scoring twice as much during their final game with the Greenville Indians April 23.

“After a long, long off-season full of uncertainty and frustration, swapping back and forth from 11 to 8-man during the season with multiple playbook iterations and dealing with tough injuries, I would still call this “season” a massive success for the student-athletes,” said Daniel Waltimeyer, QHS head football coach. “Couldn’t be more proud of them and I’m thankful that we got to play. With that being said, we still have a lot more to accomplish with this team, and the reps we got this Spring makes us a tough squad moving forward.”

“We progressed the way I had hoped,” said GHS head football coach Dave Keller. “It was a tough schedule, but I think it will prepare us for when we return in August.

“Our defensive coordinator, Harvey Merino, has put together the foundation of what will be a great defense,” said Keller. “The offense played well and put together games in which we passed the ball the way we wanted.”

And that’s a wrap. That’s all the football for this season but unlike other years, football fans only have to wait a few short months before many of these fine athletes step back on to the field. Players will be all warmed up from this mini Covid season every one has been grateful to have! Maybe this fall the snack bar will open back upJ 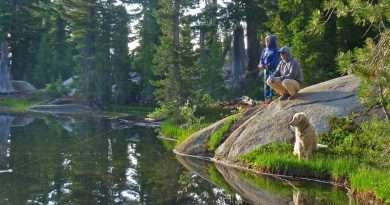 The California Department of Fish and Wildlife (CDFW) is asking recreational anglers to voluntarily change how, when and where they…

Graeagle golf play continues for the men and women 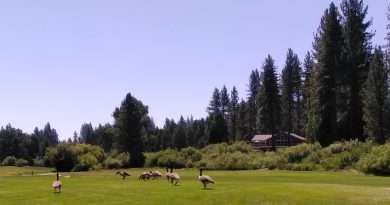 Graeagle golfers have an audience

The week of golf for the Graeagle Men’s Golf Association started on Tuesday July 6, with a round 1 match… 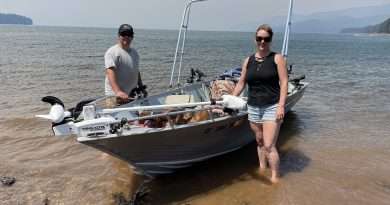 Compiled by Mari Erin Roth [email protected] While fishermen are finally getting a reprieve from triple-digit heat in the mountains, they… 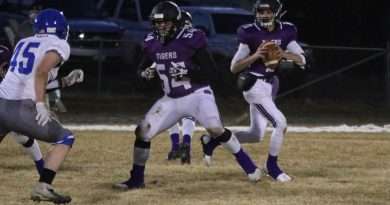 What’s happening on the golf course in Graeagle