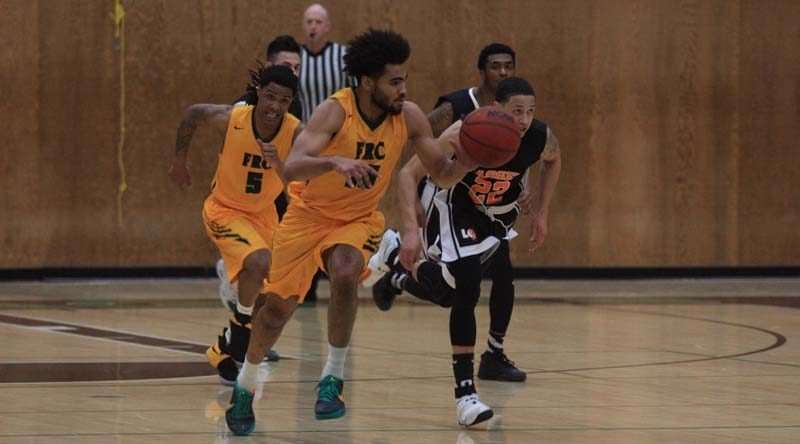 The Feather River Eagles took the high road beating the Lassen Cougars 92-72 on Feb. 1 at home.

Derrick Randolph led the Eagles with 29 points. Chris McDonald and Calvin Fletcher both added 14 each to the scoreboard. Kevlin Swint led the defense with eight rebounds.

Sophomore Randolph and freshman Jamel White were all over the court taking the initiative to make life, and scoring, difficult for the Cougars.

The high-scoring Cougar was Unwana Eklko with 17 points followed closely by Jason Moore with 16.

The Lady Eagles also won their match against the Cougars on Feb. 1 with a whopping score of 108-66.

Lassen leaned heavily on Carissa Shaffer who put 31 out of the Cougars 66 points on the board.

The Eagles led the first half with a score of 48-40 and accelerated through the second half. FRC high scorers were Derrick Randolph with 25, Lamous Brown and Jamel White each adding 16 points.