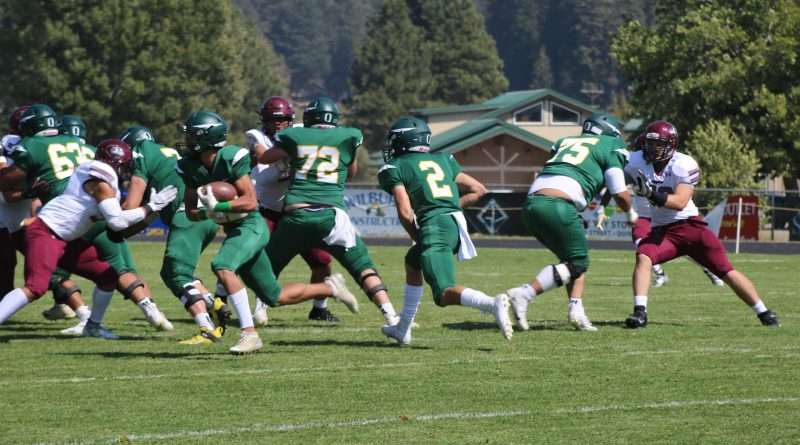 The Feather River Eagles have done it! The Plumas County college team has taken the Pacific-7 conference championship! Not only that, but the Eagles claimed their prize with a 9-0 season. That’s right, the FRC football team has won every single game they have played this season. One might even say it’s been worth the wait. “This is the first conference championship in the school’s history,” said FRC head football coach Nick Goulet. “Nine wins also ties the winningest team in the school history.”

The coach says he has been pretty busy with everything that has been going on as the season nears conclusion. “We are on a bye this week but play Monterey on Nov. 27 for the American Division Championship!”

Coach Goulet and the Eagles have fought long and hard for these victories; it has been a long road for Feather River College football. “The players have shown a ton of commitment to the process and have been fortunate enough to reap the benefits of that dedication,” said coach Goulet. “A ton a credit also goes to the assistant coaches who have done a wonderful job of preparing these players each week and echoing the right messages. I’ve just wanted to do my part to help the ball club and good lord willing everything will work out on Thanksgiving weekend.”