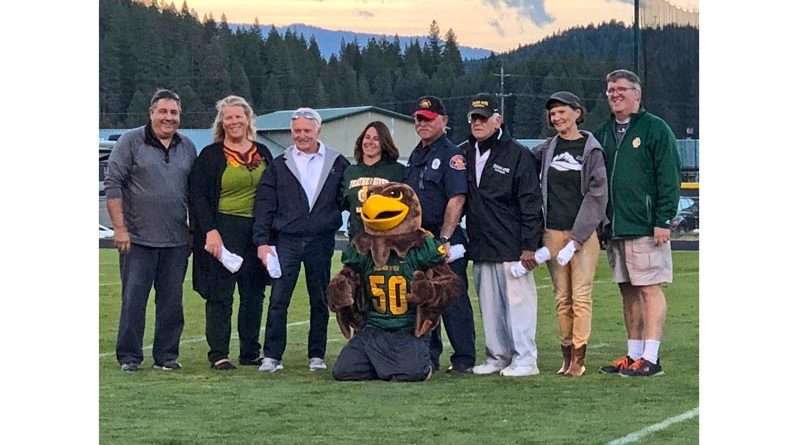 During Feather River College’s big Community Celebration Weekend, hosted Sept. 28-29 in Quincy, many hands made light work as students, staff and administrators enjoyed an opportunity to show off the school.

A lot has changed since FRC was founded in 1968.

“We wanted to hold an event on campus that would bring back alumni and former staff as well as community members and prospective students so they could see how much this small college has grown over the last 50 years and what we have to offer today’s student,” said Chief Student Services Officer Carlie McCarthy, who also wears marketing, outreach, and student engagement hats in her role at the college.

She reported the FRC Foundation kicked off the weekend festivities Friday night. They hosted a happy hour on the patio at Moon’s Restaurant in downtown Quincy where alumni and community supporters connected, learned about upcoming projects and started building the alumni association database.

Several areas of campus were opened for visitors to explore, McCarthy added and expressed appreciation for the many volunteers and team members who made the weekend celebration a success.

The art studio, indoor climbing wall, science building, nursing lab, fish hatchery, equestrian center, child development center, and student housing were all available for attendees to check out and see how the campus has evolved over the years.

The FRC library also showcased 50 years of college memorabilia and several faculty members were on campus to answer questions about their programs.

“It was a great opportunity to connect with people who have a variety of interests in the college,” said Sean Harris, an academic advisor who also helps with outreach and recruitment.

The FRC Golden Eagles baseball and softball programs held their annual alumni games, which brought several players back to the community.

“We have a lot of alumni who look forward to playing in this game each year,” head baseball coach Terry Baumgartner commented. “Our program also holds a golf tournament fundraiser at Plumas Pines the following day. It’s a fun weekend for our alumni.”

McCarthy reported that the final event of the weekend involved the Golden Eagles football team hosting Santa Rosa College in their homecoming game.

Athletic Director Merle Trueblood, who has been at the college for 20 years, and President Dr. Kevin Trutna invited several longtime supporters of FRC athletics to midfield at halftime to be recognized for their contributions to the college.

“We have a large athletic program at FRC that has grown to over 300 student athletes,” Trueblood said. “Many of our athletes come from out-of-state and other countries to compete as Golden Eagles. We really appreciate the support of the community.”

President Trutna added his congratulations for the success of the anniversary events.

“The celebration weekend was a wonderful opportunity to connect with FRC alumni and community supporters,” he remarked. “Many people participated in different activities to reacquaint themselves with the college and the new facilities that have been added.”

Next up, the college invites everyone in Plumas County to watch for more opportunities to celebrate FRC’s 50th birthday, including seeing the college represented at Quincy’s Safe Trick-or-Treat and Sparkle events.