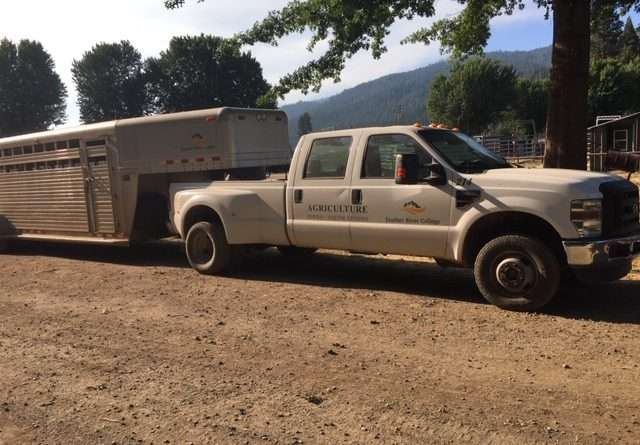 Feather River College President Kevin Trutna said that staff are busy preparing the campus in advance of the advancing Dixie and Fly fires.

Crews finished blowing off all roofs on upper campus, and raked and cleared pine needles around buildings.  They also cleared out debris as much as possible.  Today, they are placing sprinklers around roofs on flat-roofed buildings. Hose lays are placed next to campus fire hydrants as well.

Eleven students were at the Meadows apartments and 12 were in the campus dorms – they all vacated last night and also removed their horses from campus.  RAs in the dorms have left as well.

An evacuation plans is in place for livestock. Trutna thanked Rick Leonhardt and Anna Thompson for helping move the stallions yesterday.

The Plumas County Sheriff ‘s Office is bringing in law enforcement from out of the area to provide relief and patrol evacuated areas. Sarah Ritchie is working with Sheriff Todd Johns to allow the patrols to sleep in dorm rooms. Also, Red Cross representatives are sleeping in the Ag classrooms (former boathouse next to tennis courts) and utilizing Elderhostel bathrooms/showers for their volunteer staff.

Pending fire activity, the college is keeping with its dorm move in-process as scheduled late next week.  This will be reassessed and communicated before Monday if anything changes.