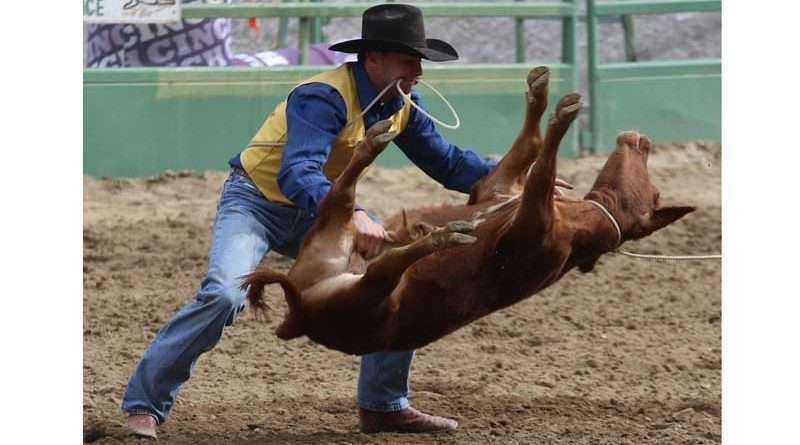 Colleges from all over California and Nevada came to compete against each other and get the season started. University of Las Vegas, University of Reno, Fresno, Lassen, Cal Poly San Luis Obispo, Cuesta, Chico and many others were well represented.

The Feather River College Rodeo team includes wranglers mostly from California, but has two students from Oregon and one from Utah.

Local businesses jumped in to support the student athletic event in many ways. The result was a big fat program available for the full arena of spectators. In addition, abundant gourmet snacks and drinks were available from those same supporters during the event starting bright and early at 8 a.m. on both days.