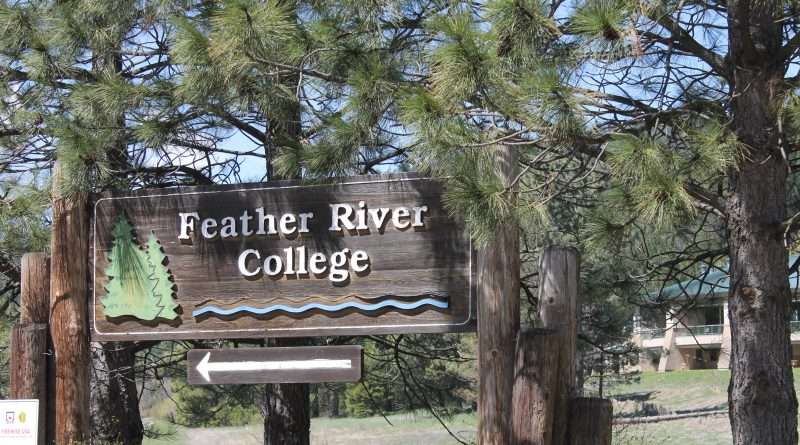 Sheehan made the request near the conclusion of the FRC board of trustees meeting June 18. “I believe trustees should disavow Trustee Saxton,” Sheehan said. “We should censure Saxton for racially-charged comments.” Sheehan said that he would bring a motion to the next meeting, which is scheduled for July 16.

Sheehan wasn’t the only one to challenge Saxton’s comments. During public comment, a Quincy resident said Saxton’s behavior was extremely inappropriate for voicing “racist and fascist ideals while serving on the board of a public institution funded by public money.” She suggested that he resign.

Trustee Saxton responded to neither Sheehan nor the public comment during the meeting, but when asked for a response by Plumas News, submitted a statement.

“Freedom of speech and publication is not allowed at FRC. If you post on FB (Facebook) and it goes against John Sheehan’s point of view or political agenda, you are simply wrong for doing so,” Saxton wrote. “Today my colleagues on the Feather River College Board of Trustees linked arms to declare my political views to be anathema to their refined sensibilities. Since we are all elected officials, political disagreements are to be expected. However, as our job as Trustees is to oversee FRC and ensure that it appropriately serves the community, our political differences are not the essential point.”

He then listed some of the specific duties of the office and described the work as “decidedly non-partisan.”

“Thus, my colleagues’ determination that my political views deserve their public comment and castigation is wildly in error. In taking their action they have branded themselves ignorant of their fundamental responsibilities and intolerant of difference of opinion. This is a dangerous thing for a public institution of higher education in a democracy,” he wrote. “American colleges are justly famed for their dedication to the exploration and discussion of differing perspectives and ideas unbounded by political constraint. Further, responsible science demands that differing ideas, differing methods and differing arguments be studied and evaluated. Gone are the days when independent minds can be conveniently dismissed.”

He concluded by noting his allegiance to the Hippocratic oath to use his “skills and expertise in service of all humanity. That’s a core value I subscribe to. I believe all lives have value and all people should be able to trust in fair treatment by police and other public officials. I recognize that there are and have been places and times where that has not always been true. I believe we need to regularly question public institutions and policies to determine whether or not they are appropriately serving public need. That holds as true for FRC’s Board of Trustees as much as any other public institution.”

The day after the meeting, another Quincy resident sent a letter to FRC President Kevin Trutna, as well as the trustees, asking that the board censure Saxton.

Stephanie Leaf said it is disturbing to see the trustee’s public post on Facebook that includes the phrase ‘we don’t need Antifa or this Black lives matter crap in this county.’”

She said several other comments were also objectionable including those disparaging gay and transgender people. “I’m not suggesting that Mr. Saxton’s freedom of speech should be curtailed. He’s free to express his views anywhere he likes no matter how absurd or appalling they may be,” she wrote. “But public expression of these views is inappropriate for someone responsible for the education of a diverse student body, or of any student body for that matter.”

She continued, “The FRC catalogue states that ‘The Board recognizes that diversity in the academic environment fosters cultural awareness, (and) promotes mutual understanding and respect.’ I wonder how prospective students of color would feel knowing that a member of the board of trustees refers to black lives matter as ‘crap.’ I wonder how transgender students would feel knowing that a board member refuses to acknowledge the legitimacy of their existence. Section 2715 of the bylaws of this board requires that board members ‘protect, advance and promote the interest of all citizens (and) maintain independent judgment unbiased by private interest, partisan political groups, or in any other way.’ Trent Saxton has demonstrated in multiple ways that he is in violation of this requirement.”

Leaf and others have looked into a recall effort, but don’t want the county to have to bear the cost of an election.

Actually, it wouldn’t be the county that foots the bill; it would be Feather River College. Kathy Williams, the county’s chief election’s official, said the cost of the election — around $40,000 — would be paid by the college, since such costs are charged to special districts. 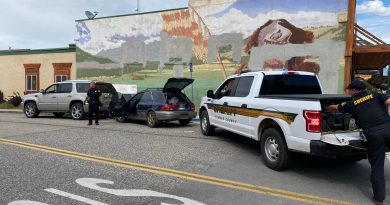 Lauren Westmoreland [email protected] Portola High School students were able to come together for Prom 2022 on the evening of Saturday,… 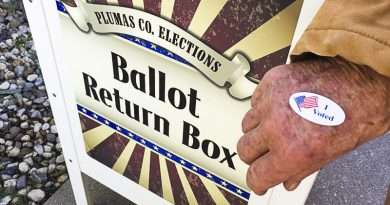 You can turn your ballot in now

Submitted by Marcy DeMartile Plumas County Clerk/Recorder The June 7, 2022 Primary ballots can be returned immediately after you have…

The California Highway Patrol released a report this morning May 16, regarding a solo vehicle accident that resulted in a…