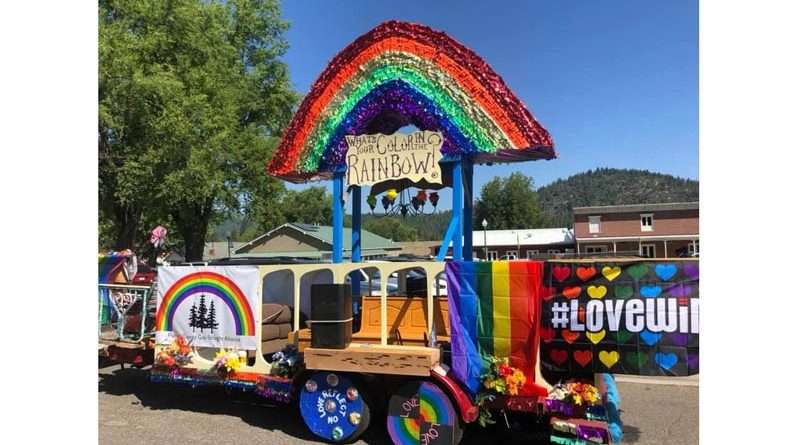 The Plumas County Gay-Straight Alliance (GSA) is organizing and hosting this county’s first ever PRIDE event in downtown Quincy on Friday and Saturday, Sept. 20 and 21.

Friday’s events will include a block party in Grover Alley starting at 6 p.m.

Saturday is the actual PRIDE Parade at 1 p.m., followed by a “Come One — Come All” celebration in Dame Shirley Plaza at 2 p.m. Later that evening at 9 p.m., an “After Party” is planned at Main Street Sports Bar, where a 21+ Drag Show will be held. All are welcome to attend any/all of these events, regardless of sexual/gender identity.

The PRIDE event is important to Plumas County because it allows LGBTQI+ individuals in the community to know that they are not alone and that they have peers and allies all around them. Often in rural areas, it can be difficult to “come out” and express one’s true identity to others, especially when there is a concern of verbal harassment or even the possibility of physical danger.

This is especially true for young LGBTQI+ people who are living at home and may be afraid of their family’s reaction to their identity. There is the risk of getting kicked out of the home, or subjected to verbal or other forms of harm/abuse.

Each additional episode of victimization for these young adults, such as physical and/or verbal harassment and/or abuse, increases their likelihood of self-harming behaviors by 2.5 times.

Studies have shown that acceptance and support of their identities reduces depression and suicide.

This PRIDE event is about celebrating the inclusivity of everyone. This is not meant to exclude heterosexuals or cis-gendered individuals. This is about having a community of people who identify as LGBTQI+ is a non-issue for all of us. It is about celebrating the large strides in acceptance and equal rights to which this population has fought for since the Stonewall Riots of 1969. To learn more, visit www.history.com/topics/gay-rights/the-stonewall-riots.

The GSA invites the community to come out and enjoy the PRIDE Events.

To participate in the parade, be a vendor at the event, volunteer, or participate in the 21+ Drag Show, email: [email protected], or message us on Facebook. Plumas County GSA is a program sponsored by Plumas Crisis Intervention and Resource Center.