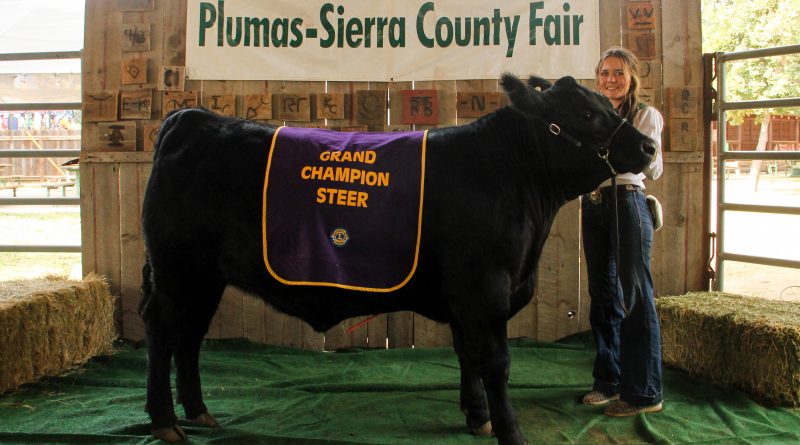 There should be little doubt that for some of the hardworking youth — representing the Plumas and Sierra county 4-H and Future Farmers of America programs — that the annual livestock auction can be bittersweet. That is especially true as their summer-long efforts and subsequent attachments to their animals comes to an end at the Junior Livestock Auction held last Sunday, July 31 at the Plumas Sierra County Fairgrounds in Quincy.

But when the stands are full of extremely generous buyers — both individuals and business owners — who this year collectively spent a staggering $354,380 on 103 animals — it quickly seems to make it all worthwhile.

The sale at a glance; price bumps

Several individuals and businesses bumped the sales prices and/or donated additional funds to the auction. Highlighting that list included Indian Valley Construction who donated $5,000 to be shared amongst the participating youth with animals in the auction. Willow Vieira who added .25 cents to the sales price of each lamb and Drs. Jensen and Kennedy raised the price on goats to $14 per pound and $12 per pound for sheep. Plumas Bank added $300 to the sales price for every Indian Valley animal and Attorney Brett Cook and the Potter Handy Law Firm pitched in an additional $5,200 to all Indian Valley and Wolf Creek 4-H members.

The 70-pound grand champion market goat raised by Sierra Valley 4-H member Aurora Osburn, who also won for showmanship, went to Rob Church for $22 per pound.  Keeping it in the family, Ryker Osburn’s reserve champion goat was bought by Joy Engineering for $17 a pound.

Purchases donated back for resale

(*also a Round Robin winner)

As he has successfully done for decades, auctioneer Wesley Neer did a masterful job working a very, very generous crowd of buyers — with checkbooks in hand — that packed the sales arena that warm Sunday morning. 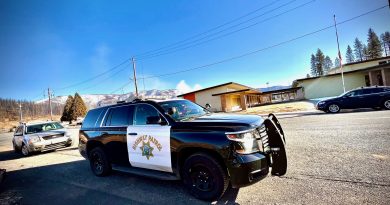