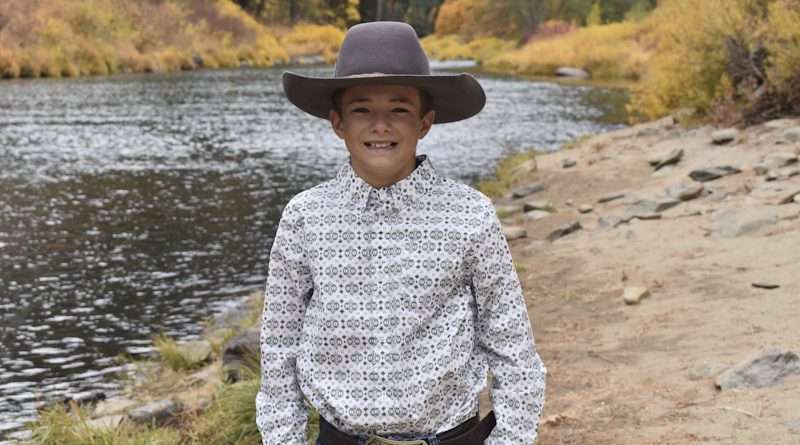 During the Zoom teleconference, school board members congratulated Bodie for his outstanding school and community efforts, which earned him the distinguished Principal’s Recognition Award.

‘Absolute joy to be around’

Logged on remotely to bestow the award, GES and Greenville Junior-Senior High School’s K-12 Principal Traci Cockerill smiled and said, “Tonight I would like to recognize Greenville Elementary’s fifth-grade student Bodie Kingdon. He is the son of Jesse and Heidi Kingdon, (who teaches fourth and fifth grades at GES) and Bodie is an absolute joy to be around.”

She added that his teachers and the school staff members agree Bodie is an exemplary student at Greenville Elementary.

Leader with an optimistic spirit

Citing her experiences with Bodie, Principal Cockerill painted a picture of a well-liked and conscientious student. She told the school trustees that Bodie demonstrates leadership among his fellow students and the GES teachers also appreciate his optimistic spirit on campus.

“This year, he is our ASB President,” Cockerill explained. “When Bodie is around, the other students often follow his lead and that creates a positive atmosphere.”

In addition, the principal said Greenville Elementary has a three-part school slogan — Be Respectful, Be Responsible and Be Hard-Working. “Bodie encompasses all three of these traits,” she said, adding that he is definitely an asset to his school and the greater Indian Valley community.

Well-rounded student with a talent for rodeo

“Outside of school, he is also involved in 4-H and Little League,” Principal Cockerill noted. “You may have read in the Plumas News about Bodie’s accomplishments with Junior Rodeo and his participation in Junior National Finals for Rodeo. I am proud to choose Bodie Kingdon for the honor of receiving the Principal’s Award.”

The Plumas County Unified School District and its County Office of Education trustees and staff enjoy recognizing exceptional pupils who do well academically and also accomplish great things both in and out of school.

The Principal’s Recognition Award honors outstanding students who display the characteristics that PUSD’s governing board promotes in its mission statement and within the vision adopted for Plumas schools and students countywide.

Each school chooses to award a student for demonstrating personal achievement. The honor recognizes students for developing the skills necessary to be self-directed, productive and responsible citizens.