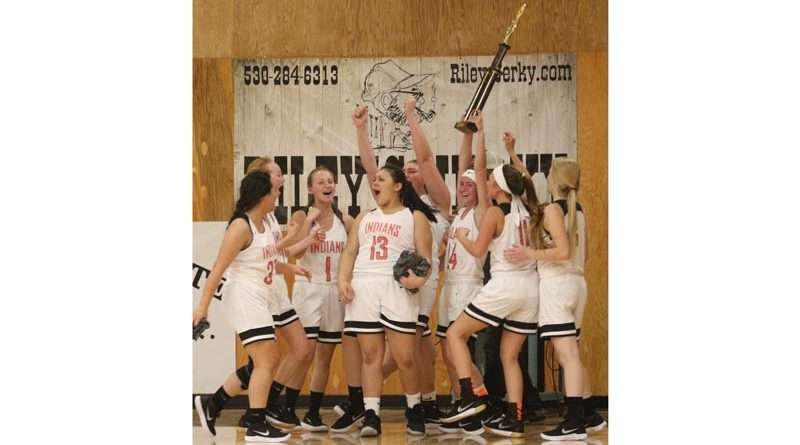 The Greenville girls broke a long tradition of losing to the Quincy Trojans and won during their annual John Holland Tournament 49-43.

“I heard it is the first time we beat them since 1960,” said a Greenville fan.

The girls reinforced the sting as they beat the Trojans again a few days later, Dec. 4, by a score of 37-26. The GHS Indian girls are mighty proud of their tourney trophy. The 11-girl team is evenly balanced with three freshmen, three sophomores, three juniors and two seniors, Rylie Botts and Mackenzie Brown. Greenville ladies are 6-0 overall preseason.

The Quincy girls are a young, but fiery bunch. The roster lists 13 freshmen and a single sophomore. With not one junior or senior on the team, the lady Trojans are all fire and explosion on the court. They are loaded with energy and it is going to be fun to watch this team develop. The Trojan ladies are 2-6 overall in preseason play.

The Chester Volcanoes are another 10-girl team. They have one freshman, four sophomores, one junior and four lively seniors, Hailey Clark, Ashlyn Olah, Lyric Quinn and Hannah Counts. They are 4-3 preseason.