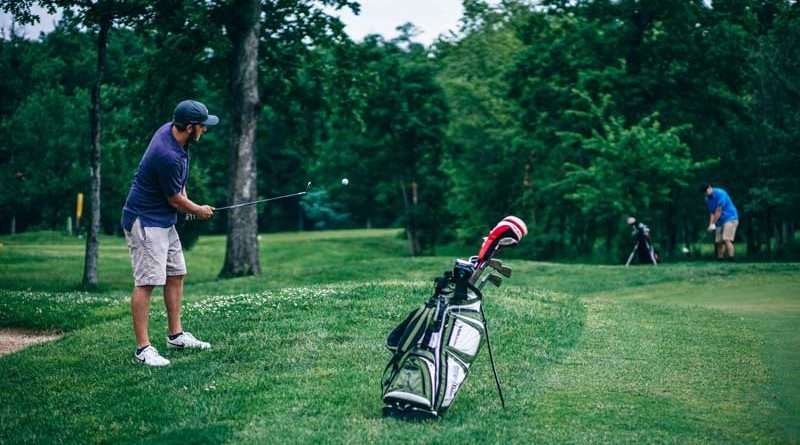 The day started with a continental breakfast, followed by a shotgun start for golfers divided into two flights. The luncheon was catered by Joe and Bonnie France.

The 18-hole event ended with awards to the top six teams.

All participants that chose to do so were in the horse race. Third place was captured by Gerry Stratford and Craig Hosman, second place went to John Leete and Cliff Vinsonhaler and first place was awarded to Rich Moore and Jim Drake.

Lots going on this past week so please excuse the length of this week’s report.

The Guys and Gals Couples Championship was held on Aug. 16 and 20. The first round was one net best ball and the second round counted both net balls.

In the First Flight Net Division, the results and scores are as follows: First place was again won by Winston Giles and Priscilla Piper (203); second place was a tie between Bob and Chris Laxague (204) and Jack Gilbert and Dee Walker (204).

In the Second Flight Net Division, the results and scores are as follows: First place was again won by Jim Oster and Suzie Weise (209); second place was won by the Cornishes (211); and third place was a tie between Jeff and Patty Monaghan (214) and Dennis and Alaine Flynn (214).

Friday, Aug. 18, was a good day for Dave Macdonald and Norm Nichols as they tied for low net at 67. Second place was won by George Fraser with a net 68.

Lots of skins were handed out … nine total. Two apiece were won by Mike O’Rear, George Fraser and Andy Knudsen. One each won by Dave Macdonald, Jim Oster and Norm Nichols.

The Wednesday Play Day on Aug. 23 was a low-net game of 1,2,3. The team of Andy Knudsen, Dan Anderson and Ralph Wittick shared first place with Jim Oster, Darrel Woods and Ron Eaton. Each team had a net score of 133. Third place was won by the team of Norm Miller, Mike O’Rear and Norm Nichols with a score of 134. Skins were won by George Fraser, Ralph Wittick, Dan Anderson, Mike O’Rear, Norm Miller and Andy Knudsen.

Tuesday, Aug. 22, was the first day of the PPWGC Club Championship. Players competed for low gross and low net. Following are the results so far:

Lori Dierssen, Sharon Russell, Diane Trainor and Jan Pierce each had a chip-in.

Wednesday, Aug. 23, again proved to be one “Hot August Day,” here at Lake Almanor. With the smoky sky starting to clear a bit, we still had spotter planes flying overhead.

Out for a day of guessing games, we all had to predict our score of the day before tee-off.

This was gross score and our first place winner was Jenni Cesarin (Our Captain), second place winner was Mo Clark and finishing third place Wynetta Regli. Some of us would have wound up with the “Boobie” prize, if there was one, myself included.

All-all, we had a fun day and as usual hope for a better score next week.

We are well into August, and the golf weather continues to be great for the Wednesday Morning Scramble at Mt. Huff. We couldn’t have better days.

The competition is brisk, and the sportsmanship is amazing. These folks know how to be team players. The action on Aug. 23 is as follows:

Closest to the pin was won by Dick Grace. Jeff Stevens aced the chip-in competition with three chip-ins. On a roll, eh, Jeff?

All are welcome to join the Wednesday Morning. Sign-ups are at 8:30 a.m. and play tees off at 9 a.m.

The results for play Aug. 24 follow. The game was two-man best ball.

On Thursday, Aug. 24, the women played “Criers.” Your worst three holes were reverted to even par and your full handicap was subtracted for a net score.