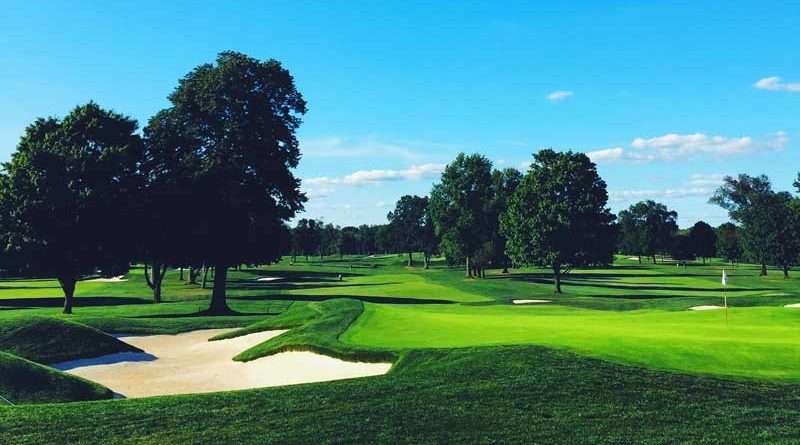 Friday July 21 was a good day to go low for the Badditos. Bill Kennedy placed first with a 66. John Grasso and Bob Baker tied for second with a 67, and Andy Knudsen took third with a 68. Six skins were won — two by Andy Knudsen and one each for Bob McIlroy, Mike Gibson, Bob Baker and George Fraser.

The 2017 Charity Scramble Tournament was held on Wednesday July 26. Fifty-six players joined the fun with the goal of raising money for local charities.

In the Men’s Division, the team of Josh Leal, Caleb Olsen, Mike Baty and Mark Stutsman carded an impressive 56 (0 handicap) to win the division.

In the Ladies Division, the team of Karen Fraser, Dee Walker, Priscilla Piper and Cynthia Baldwin took first place with a score of 66.

Play was followed by an excellent BBQ luncheon in the picnic grounds that included raffle prizes and silent auction items donated by local businesses and individuals.

Thanks to Jim and Sandy Adams as well as Shannon Baty for their efforts in making this event a very successful and enjoyable fundraiser for local charities.

Friday, July 28, was the usual low net with skins format. New member Mike O’Rear shot an impressive 61. Jack Gilbert took second with a 66, while Andy Knudsen took third with a 68 and John Grasso placed fourth with a 69. Jim Oster and George Fraser each had two skins, while Jack Gilbert, John Sciborski, Norm Nichols and Ken Stevenson each had one skin.

The Wednesday Play Day on August 2 was a two-man game, which counted the low net ball on par 4s and counted both net balls on par 3s and par 5s. The team of Oster and Wittick placed first with an 87 while Gilbert and Adams took second with a score of 92. Two skins were won by Ralph Wittick and Jim Oster. One each were won by Jack Gilbert, John Grasso, and Mike Gibson.

The Guys and Gals Couples Championship is scheduled for August 16 and 20. Deadline for entry is August 11. Contact Gary Kinkley with any questions.

Here are the Outlaws and Renegades results for July 31.

We had a very good turnout, 18 players. The game was best ball par points.

The continuing hot weather, topped out at 100 F on Tuesday, Aug. 1, for the PPWGC play day. The players threw out their worst nine holes, and then subtracted half their handicap for the game score. The winners were as follows:

Four chip-ins were scored — Scooter Kidwell had two; Sharon Russell and Mary Blaylock each had one.

The last two Tuesdays have been an Eclectic Format. Weather was a little hot but with wet scarves and towels we played. Marcia Zeigler was the low Gross winner with Cynthia Thomas coming in second. Lynn Smith won low net with Debbie Pellegrini coming in second.

Next up our Invitational.

“Hot! Hot! Hot!” was the name for Wednesday’s golf game. We seven brave souls survived, a bit melted, but alive, we all so love the game of golf.

We did flight it, so first place, in the First flight was Ginger Birchfield, with birdies on Holes 8 and 13.

We are hoping for cooler weather next week, see you then.

Even though the heat is on, the golf at Mt. Huff is still pleasant in the morning for our Wednesday Morning Scramble.

On Wednesday, Aug. 2, the gang turned out for a brisk round of competitive play.

The second place team, scoring at 4-under-par, was the team of Darel Joseph, Duane Austin and Jim Battigan.

Once again, as last week, Jim Battigan hit it closest to the pin and scored the chip-in along with Bill McRoberts. Nice play, fellows.

See you next week.