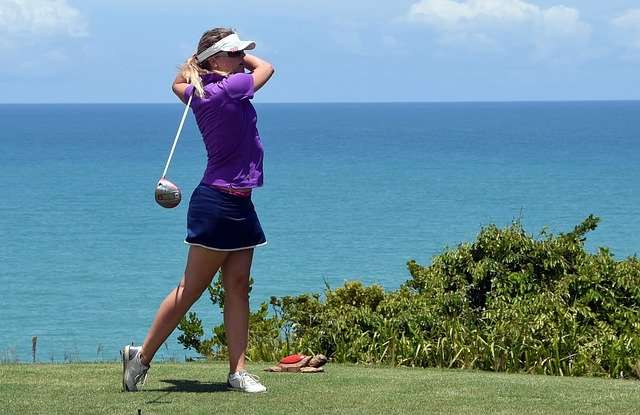 The weather Sept. 13, was a bit cooler than usual, a nice break from the summer heat.

Our game of the day was “Evens,” counting only the even holes and using 1/2 of the handicaps. We had just a few of our regular golfers, but enjoyed the day as usual.

There was just one birdie for the day, by Joan Dickerson on Hole 8, who also took first place; second place was Jenni Cesarin; and third place went to Wynnetta Regli.

We managed to finish play just in time, as another thunder storm threatened to drench the golfers.

The course is in excellent condition and we look forward to another beautiful day of golf next week, as the season is quickly coming to an end.

The Friday Badditos Sept. 8 was the usual low net and skins game. Jack Cornish took first with a 65, Dennis Chegwin took second with a 67 and Andy Knudsen took third with a 68. Andy Knudsen took two skins, followed by Cornish and Chegwin with one each.

The Golden Tomahawk tournament with Plumas Pines Men’s Club will be held on Sept. 20 at Whitehawk Ranch. This is much-anticipated annual event and fills up quickly.

There are two more important and enjoyable tournaments coming up as the season draws to a close.

The Big Chief Couples Tournament and Awards Banquet is scheduled for Sunday, Sept. 24.

The Fall Breakfast Meeting and Two-man scramble is scheduled for Wednesday, Sept. 27. Members are encouraged to attend. Golf is optional.

Entry forms for both tournaments are available on the website and also in the clubhouse.

LACC Women’s Golf Club May-Flower Scramble, a 4-person team game, was our tournament chair’s choice for the game on Tuesday, Sept. 12. There was plenty of laughter and joking among us, which always makes for an enjoyable round. The winning teams were:

Winners of the 50/50 pot were Susan Espana and Claudine Gurney.

It is hard to believe we have just two weeks of golf before our season ends. Next week we will play 3 Clubs and a Putter. Thank you, tournament chairs, for including the putter.

LACC Women’s Golf Club Tuesday morning 18-hole and Thursday morning 9-hole leagues are open to women outside the community. If you are interested in playing, please call our membership chairperson, Jessie King, 259-2896.

The ladies at Whitehawk concluded their competition for the 2017 season.

Next up was Match Play. The winner was Marcia Zeigler and second place Denise Stein.

Finally our club Championship: Debbie Walker is our new Club Champion and Debbie Pellegrini is our Captain’s Cup winner.

Finishing behind Bert in the handicap event were Todd Miszner and Gene West. Great job, gentlemen. The most talked about shot of the final day was struck by past champion Jim Purvis who drove the green on the 366 yard first hole and recorded a seven. Okay, he landed on the practice putting green. But still a most unforgettable blow.

Thanks to pro Tad McCormick and staff and Marcie and her crew.

Tuesday, Sept. 12, was a beautiful morning for golf after the previous evening’s thunder storm and rain. As PPWGC players finished their rounds, the skies were threatening, but produced only a little rain. The play day format was “Fox and Tail.” When golfers reached the green, regardless of number of strokes, the player whose ball was closest to the hole earned 3 points (Fox), second closest earned 2 points, the next earned 1 point and the farthest received 0 points (Tail). The player with the most points earned over 18 holes won. The results are as follows: