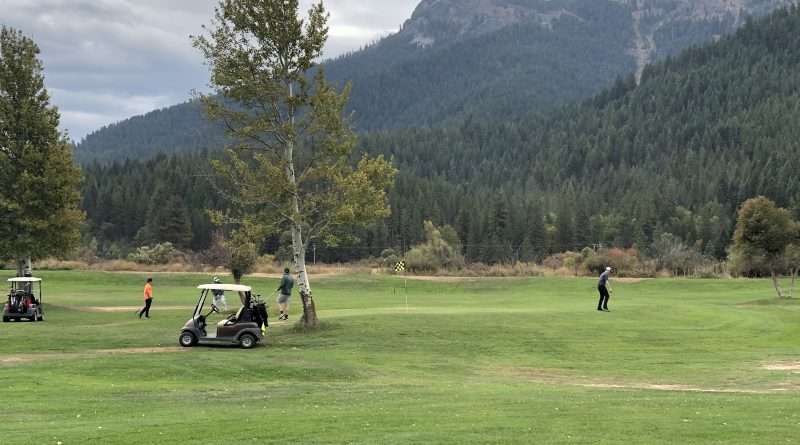 Teams were filled within two days of the tournament’s announcement, said organizer and IVA Site Director Ryan Schramel. Golfers came from across the county and included parents of students in all Indian Valley schools: both PCS and other Plumas Unified School District sites. “We were very happy to see the community come together this way,” said organizer and PCS parent Kaley Bentz.

The tournament also included contests for longest drive, closest to the hole, putting, and chipping. A silent auction was held as well. Local businesses and organizations supported the event by sponsoring holes, providing contest prizes, and offering auction items.

Schramel and Bentz also emphasized the many volunteers whose efforts made the event possible. Volunteers included MVP Club members, teachers and staff from both IVA and GLC, and IVA students stationed at each hole.

In all, nearly $4,000 was raised. The MVP Club will split the money evenly between IVA and GLC; Schramel reported that the proceeds will be used to further develop both sites’ outside areas, to purchase physical fitness equipment, and to support spring activities for students.