Graeagle Men’s Golf Club returned to play on April 29. The weather was pleasant with little wind. The game was two-man better ball on the par 4’s and 5’s, and both balls on the par 3’s, plus skins. In this format par is 88.

There were 10 two-man teams, and three places were awarded. The winning team was George Fraser and Norm Miller with a net score of 69. Second, with a score of 72, was the team of Mark Yuill and Jeff Monaghan, but since Jeff was only able to play 9 holes, the back nine score was a blind draw of Dan Friedman. Third place was a three-way tie with identical scores of 76. The teams were John Scott and Dan Anderson, Jim Reynolds and Chuck Hein, and John Mitchell and Jack Gilbert. There were six skins awarded, with Mark Yuill winning two, and Dave McDonald, Dennis Flynn, John Scott and Norm Miller each winning one skin.

Golfers return to the green after snow and hail 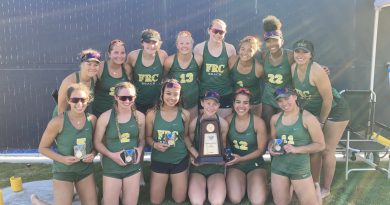 The Feather River College beach volleyball team captured the state CCCAA runner-up trophy May 12 in a nail-biting finish.  The… 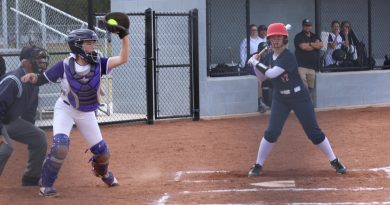 Quincy girls polish off their season in a 4-game streak

Compiled by Mari Erin Roth [email protected] Sports Editor   The following is a list of College baseball, softball and volleyball…